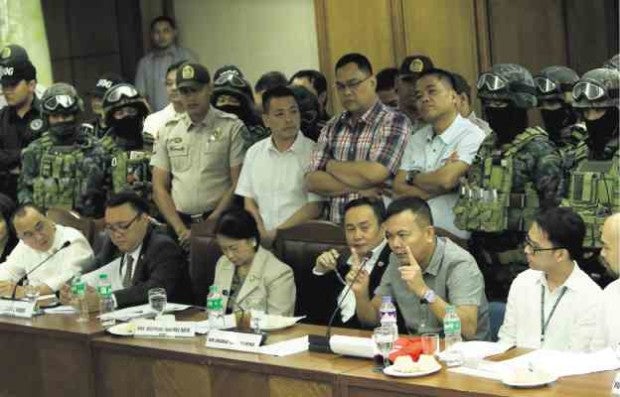 High-profile inmates and former subordinates testified against Sen. Leila de Lima and linked her to illegal drug trade in the ongoing inquiry of the House of Representatives on the proliferation of narcotics in the national penitentiary.

READ: IN THE KNOW: Witnesses against De Lima

The witnesses, who were brought in and being examined by Justice Secretary Vitaliano Aguirre despite not being a House member, alleged that De Lima allowed the flow of drugs and other contraband in the major prison facility and supposedly received payoffs for her campaign kitty.

The administration-backed inquiry against De Lima is being led by President Rodrigo Duterte’s allies in the “supermajority”-dominated lower chamber.

De Lima, who has become the President’s staunchest critic, initiated the Senate probe on the spate of alleged extrajudicial killings in the country amid the administration’s bloody war on drugs.

Here are the witnesses’ affidavits pinning down De Lima: