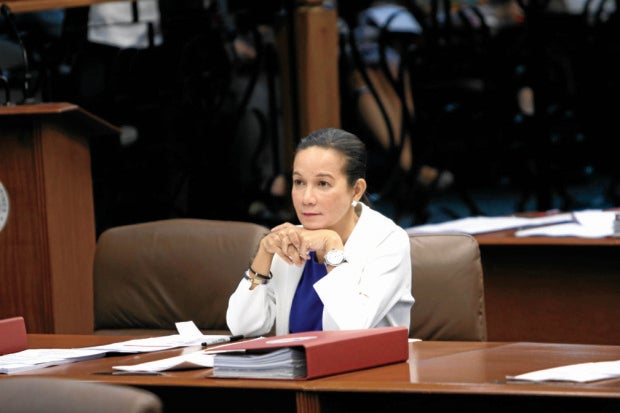 The high court dismissed a petition for certiorari filed by petitioner Rizalito David that questioned two resolutions issued by SET in November and December of 2015.

“The (Supreme) Court sustained the SET majority which had ruled that respondent Poe was a natural-born citizen,” said the decision, read by SC spokesperson Theodore Te at a press briefing on Tuesday.

“The Court relied on the presumption that all foundlings found in the Philippines are born to at least either a Filipino father or a Filipino mother (and are thus, natural born, unless there is substantial proof otherwise),” the decision read.

Senator Poe ran and lost in the May 2016 presidential elections. Questions on her citizenship had hounded her during the campaign.

“Concluding that foundlings are not natural-born Filipino citizens is tantamount to telling our foundling citizens that they can never be of service to the country in the highest possible capacities,” the decision read, according to Te.

Such exclusion of citizenship also deprives these people access to certain professions and state scholarships,  while at the same time practically classifying them as an inferior human beings, it said.

“If that is not discrimination, we do not know what is,” it added.

The high court also said that children with unknown biological parents are no different with those foundlings and children with known Filipino parents.

“A foundling’s misfortune in failing to identify the parents who abandoned them cannot be the foundation of a rule that reduces them to statelessness, or, at best, as inferior, second-class citizens who are not entitled to as much benefits and protection from the state as those who know their parents,” the decision said.

It added that “sustaining this classification was not only inequitable but also dehumanizing as it condemned those who, from the very beginning of their lives, were abandoned to a life of desolation and deprivation.”

Read Next
13 drug suspects slain in 24 hours
EDITORS' PICK
On Day 2 of implementation, gov’t says workers now exempt from ‘no vax, no ride’ policy
Gear up and get ready to play with Yamaha Mio Gear
DOH: 28,471 new COVID-19 cases in PH; active cases now 284,458
Acer starts the year off strong with the Aspire Vero National Geographic Edition
Over 3 Million worth of prizes to be won at Smart Padala’s SENDali Manalo Promo!
Metro Manila posts lowest temperature yet this ‘amihan’ season at 19°C
MOST READ
Cold-case investigation names surprise suspect in Anne Frank’s betrayal
Emma Stone calls Andrew Garfield a ‘jerk’ after he ‘lied’ about his ‘Spider-Man: No Way Home’ appearance
Czech anti-vax singer dies after deliberate infection
Derek Ramsay on being married to Ellen Adarna: ‘Gumaan ‘yung mundo ko’
Don't miss out on the latest news and information.