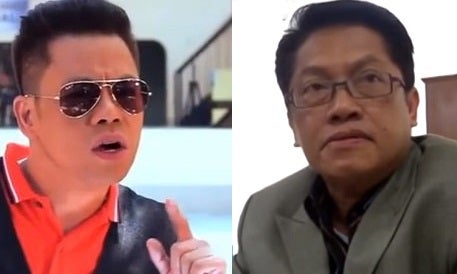 DAGUPAN CITY, Pangasinan — Former Justice Undersecretary Francisco Baraan III on Wednesday (Sept. 21) described as a “complete nonsense” a convicted robber’s claim that he received money in exchange for the transfer of inmates inside the New Bilibid Prison (NBP).

In his testimony during the Sept. 20 House probe on drug proliferation at the NBP, Herbert Colangco claimed he arranged the transfer of prisoners in Bilibid from one compound to another through a woman named “Susan,” who allegedly served as Baraan’s bagman.

Colangco cited an instance where Baraan allegedly asked for P500,000 in exchange for the transfer of a prisoner from the medium to maximum security compound.

“The transfer of prisoners within the Bilibid compound, e.g. from the medium security to the maximum security, is decided exclusively by the bureau director. I did not have that authority to cause or order any such transfer,” said Baraan in a text message to the Inquirer.

“Any Bucor director can also attest to this. We did not even know who were transferred and where, when, why were the transfers made,” Baraan said.

He challenged Colangco to produce any document that would show that he approved any transfer of inmates within the national penitentiary compound.

Baraan also said that he did not personally know of any employee named “Susan” in the Department of Justice’s (DOJ) technical staff. But he said that after inquiring from the technical staff director, he learned that two employees in that office carried that name.

“What I am certain of is that I do not have — with either of them — that kind of dealing that Colangco generally described in his outlandish claim. What he claimed is a total impossibility insofar as I am concerned,” Baraan said.

Colangco told the House committee on justice during the hearing that inmates preferred the NBP’s maximum security compound due to the posh lifestyle that prisoners enjoyed in the facility.

He also admitted turning the compound into a “Roxas Boulevard,” saying he conducted concerts, sold beers and hired models for the inmates’ pleasure.

Asked how he managed to have such privileges, Colangco claimed he paid off officials of the BuCor and the DOJ, allegedly including then-Secretary Leila de Lima.