Senate begins FOI hearings; Poe cites reasons why it should be passed 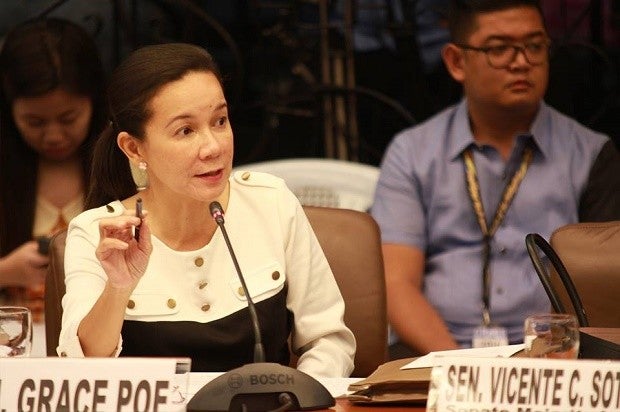 The Senate committee on public information and mass media chaired by Senator Grace Poe has started its deliberations on the proposed Freedom of Information Act or FOI, which she hopes to get the approval of the chamber before the Christmas break.

The senator stressed the need to institutionalize the FOI, noting that the executive order signed by President Rodrigo Duterte only covered the executive branch.

“However laudable, there’s still an urgent need to pass the freedom of information law for five reasons,” Poe said in her opening statement.

“Executive orders are administrative in nature and do not pass beyond the limits in which they are directed or in which they are published and therefore create no rights in third person,” the senator explained.

Second, Poe said, the right to information in its “substantive and procedural” aspects needs to be clarified and defined.

In the bills filed, she said, there is a procedure laid down which is uniform for all offices.

The third reason, Poe said, is that a law, unlike an EO, can impose “well-defined” exceptions to the right to information.

“Fourth, the EO does not provide the funding but we can provide appropriations through our law. We need to institutionalize the FOI program so that it will not be removed or underfunded depending on the whims of the next president,” she said.

Poe said the FOI could be used to find out how the government spends the public’s money.

The controversial Priority Development Assistance Fund (PDAF) also known as the pork barrel fund of lawmakers and the Disbursement Acceleration Program (DAP), she said, could have also been avoided if the bill had long been passed into law.

(We won’t need to always rely on whistleblowers anymore to discover these phenomena because all these will be published on the website together with the government’s big transactions.)

(If we really want a clean and sensible government, if we really are against corruption, we should pass the FOI bill.)

Poe lamented that while it was already approved by the Senate during the last Congress, the bill did not get the nod of the House of Representatives. JE/rga