IN THE KNOW: Burqa 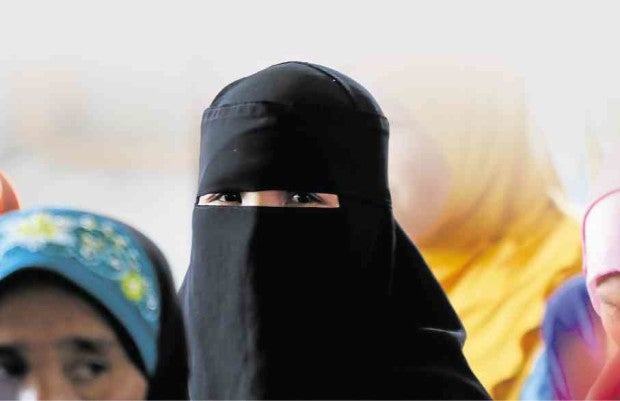 A MUSLIM woman wears a burqa inside a camp of the Moro Islamic Liberation Front in Maguindanao province. JEOFFREY MAITEM/INQUIRER MINDANAO

A BURQA is a traditional outer garment worn by Muslim women to cover their head and body in public places.

While it covers the entire face and body, it allows a woman to see through a mesh screen.

In 2012, Malacañang said there was no policy against guests wearing a burqa during ceremonies in the Palace.

The security concern of wearing a burqa was raised when one of the guests during the oath-taking by members of the legislative assembly of the Autonomous Region in Muslim Mindanao (ARMM) attended the rites in that garment. This was after a woman in a burqa was removed from a venue of US President Obama’s reelection campaign. She was reportedly heckling Obama when security personnel took her away from the arena in the Virginia Commonwealth University.