Former House Speaker Prospero Nograles on Thursday denied that any of his bodyguards were killed by the Davao Death Squad in 2010 when he ran for mayor against then winning candidate Rodrigo Duterte.

In a statement, Nograles, who was Duterte’s bitter rival before they became allies when the latter won the presidency, said none of his security aides had been killed because of politics.

“As far as I know, there’s not a single incident that any of my staff or security personnel who were assigned to me while I was still in politics was killed even when I ran for mayor in 2010,” Nograles said.

Nograles added that the alleged Davao Death Squad (DDS) member Edgar Matobato could have asked for protection from him when he was Speaker if it were true that the hitman was among those who kidnapped four of his supporters and bodyguards in 2010. 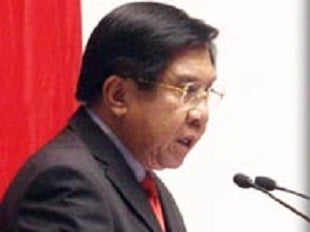 “The witness could have asked (for the) Speaker’s protection when I was at the height of power and could have gotten legislative protection program security safe house etc. But he did not!” Nograles said.

Matobato, the star witness in the Senate hearing on extrajudicial killings headed by Sen. Leila de Lima, claimed that the DDS, composed of police and rebel returnees, brutally killed four of Nograles’ bodyguards and supporters, including women, in the Island Garden City of Samal, Davao del Norte.

(We bought them to the Island Garden City of Samal … we placed them in the sand and strangled them. We cut the stomachs open and I loaded them onto the boat on the shore. We threw them out. Weighed them down with hollow blocks, three for each person.)

READ: Rep. Nograles: No supporter of ours was killed due to politics

The elder Nograles lost to Duterte in the 1992 and 1998 mayoral election.

In 2010, the elder Nograles again ran for mayor against Duterte’s daughter Sara and lost.

Nograles to vote for rival Duterte in 2016