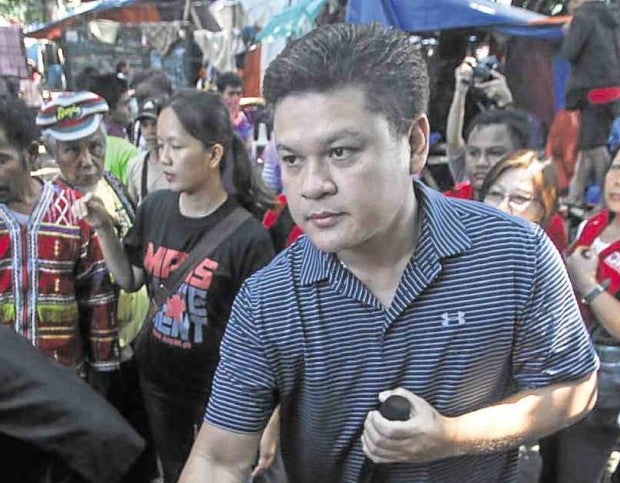 Philippine National Police (PNP) chief Ronald “Bato” dela Rosa on Thursday said the President’s son Davao City Vice Mayor Paolo Duterte was not likely to be involved in a love triangle with and order the killing of Cebuano businessman Richard King, saying the woman involved was “way too old.”

Edgar Matobato, a self-confessed member of the Davao Death Squad who testified during the Senate hearing on extrajudicial killings of drug suspects, had identified the younger Duterte as the one who ordered his group to kill King because they were rivals over a woman who owned a popular fast-food franchise in Davao City.

King, the owner of the Crown Regency group of hotels, was shot dead in June 12, 2014, inside a building in Davao City.

Dela Rosa maintained it was the first time he met Matobato and he was not aware of his motives to destroy the credibility of President Rodrigo Duterte and his family.

“It’s my first time to see him in person. But I have heard of him before, tirador (gun for hire) daw ’yan,” said Dela Rosa in an ambush interview on Thursday.

He said the killing of King was already resolved with the arrest of the suspect.

Dela Rosa in the interview also said it was not fair for the United Nations to accuse the PNP of being behind the string of extrajudicial killings in the country.

He said Filipinos were happy with the service of the PNP in the war against illegal drugs. “They (UN) cannot impose their standards on us.”

At the opening of the 33rd session of the United Nations Human Rights Council, high commissioner for human rights Zeid Ra’ad Al Hussein called on the Duterte administration to stop the systematic summary killings of drug suspects, with deaths reaching 3,000.

“If the (UN) wants to stop summary killings in the country, they should tell that to the drug personalities to stop selling and stop resisting arrests … then the killings will stop,” said Dela Rosa.

“During police operations, these drug personalities engage in gun battle that often result in deaths,” he said.

The PNP, he said, would not stop its war on drugs, otherwise “there will be a drug holiday in our country.”

“If we stop, the drug lords will be very happy, they will be back to business.”