PH’s next rural doctors could be Cubans | Inquirer News

PH’s next rural doctors could be Cubans 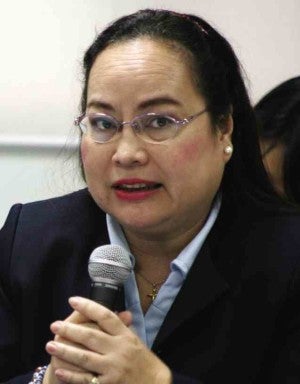 TACLOBAN CITY—The face of health care in some of the country’s remotest areas could be that of a foreigner, Cuban to be exact.

Health Secretary Paulyn Jean Ubial, who has high praises for the Cuban health care system, said the Cuban government expressed willingness to send its doctors to areas in the Philippines where residents, because of the remoteness of their communities, have not been receiving proper health care.

The arrangement, if it pushes through, would require no expenses from the Philippine government, Ubial said.

In a recent news conference here, Ubial said there are still “isolated and far-flung areas” in the Philippines that are not reached by doctors.

The Cuban government, she said, is willing to send its doctors to these areas for free.

“The Cuban government has assured me if we open up positions for doctors even in the far-flung, isolated areas, they can fill in our need for free,” added Ubial, who was here for the inauguration of a new building at the Eastern Visayas Regional Medical Center (EVRMC) in the village of Cabalawan.

“Cuban doctors are paid by the Cuban government so even if they are working here, their salaries are paid by Cuba. When they go back to Cuba, they still have positions there,” she said.

Ubial was in Cuba on Aug. 23-26 to study the Cuban health care system which enjoys one of the world’s best doctor-to-population ratio.

Areas with no doctors

Ubial, however, could not say the exact number of remote communities in the Philippines that are not being served by doctors.

But in Eastern Visayas, the second poorest region in the country, 14 areas mostly in Samar, Eastern Samar and Northern Samar have no doctors.

Ubial said some Filipino doctors are not interested in being assigned to remote areas.

Others, she added, prefer working in private hospitals than in government.

Ubial said she is seriously studying the proposal of the Cuban government but prefers Filipino doctors to be serving in remote areas.

She also said she is pondering over requiring medical school graduates to serve in public hospitals first but this would need agreements with the schools.

In the case of EVRMC, the region’s biggest public hospital, there are vacancies for 90 doctors.

The hospital has at least 120 doctors which are not enough for the number of patients that come from the provinces of Leyte, Southern Leyte, Biliran, Samar, Northern Samar and Eastern Samar.