PRESIDENT Duterte is impeaching himself with his own tongue, not the “yellow” forces of former President Benigno Aquino III, according to one of the remaining stalwarts in the House of Representatives of the Liberal Party (LP), whose ranks have been decimated by desertions.

On Monday, Mr. Duterte said Aquino’s followers were attempting to build a case to impeach him. “Let’s not fool ourselves. Do you know who’s behind this? It’s the yellows,” the President said, alluding to the former ruling party’s signature color.

“They think that if they can build a case against me, I’ll be impeached,” he said. “My God! I tell you frankly, when I assumed office, in this quest of mine, I have prepared to lose my honor, my life and the presidency.”

In a blistering rebuke, Albay Rep. Edcel Lagman said it was Mr. Duterte’s own thoughtless pronouncements that were bringing him a world of trouble.

“Far from being a target of an impeachment plot, it is the President who might be impeaching himself for his improvident and ill-conceived statements unmindful of adverse or compromising consequences,” said Lagman, one of five LP members in a House minority faction.

The rest of the LP members—numbering 33—belong to the majority coalition forged by Mr. Duterte’s allies in the House, the only place where impeachment proceedings against the President may originate.

The LP is the only party with members in both the majority and minority in the 292-strong chamber, but LP members deny they are behind any move to unseat Mr. Duterte, whose outrageous statements, including cursing out US President Barack Obama at a regional summit, have made international headlines.

Former Speaker Feliciano Belmonte Jr., one of the LP majority members, said Mr. Duterte’s firm hold in the lower chamber ensured that no impeachment proceeding against him would prosper. 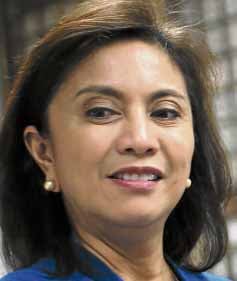 ROBREDO: No moves in the Liberal Party to unseat the President.

“I don’t think so. First, he is overwhelmingly popular, which amounts to a public approval of his programs. Second, he has overwhelming majority in the House where impeachment starts,” he said of the President’s remark.

Belmonte, who was forced to relinquish the speakership to Mr. Duterte’s close friend and ally, Rep. Pantaleon Alvarez of Davao Del Norte province, said the President was singling out the LP “maybe because it was the party in power that he ousted.”

Other LP members in the House denied any LP plot against the President.

Northern Samar Rep. Raul Daza said the LP having members in both the majority and the minority did not mean it was scheming against the President.

“The fact that there are Liberals in the majority and minority only shows LP is a democratic party. We have the freedom and the right to disagree among ourselves,” he told a press briefing at the House.

Magdalo Rep. Gary Alejano said the Duterte administration was suffering as a result of mixed messages, citing the confusion raised by the President’s remarks about his wish to have American troops pull out from Mindanao. 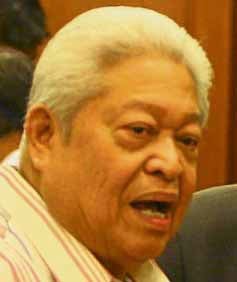 LAGMAN: The President is impeaching himself with his statements.

“There are unclear policy pronouncements. There are different versions. This creates confusion not only with the Filipino people, but also our allies. There are so many spokespersons and many different interpretations,” he said.

Lagman, speaking at the same forum, said Mr. Duterte should aspire for a “more collective leadership, where the President gets input from his Cabinet members before statements are made.”

“But the problems are statements are always optical. The President’s men would just come to his rescue by apologizing or making clarifications. I think there should be more consultation,” he said.

He noted the controversy generated by Indonesian President Joko Widodo’s statement that Mr. Duterte had told him to “go ahead” with the execution of Filipino death row convict Mary Jane Veloso.

The President’s lieutenants later scrambled to downplay the Widodo remark about the Filipino drug mule in jail in Indonesia, while at the same time affirming the essential message to the Indonesia leader that Mr. Duterte would not intervene in Indonesia’s judicial processes.

“If you look at the bottom line, there’s no difference between the statement of the Indonesian president and the President … It has the same effect,” Lagman said.

“There are no moves from the Liberal Party to unseat the President,” Vice President Leni Robredo said in a statement. 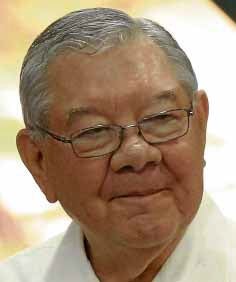 BELMONTE: The President has overwhelming majority in the House.

“I plan to clarify this with the President to clear the misinformation and assure him of the party’s commitment to the reforms for our Filipino people,” said Robredo, who narrowly won, amid election fraud charges, under the LP ticket with defeated presidential candidate Mar Roxas.

“The leadership of the party has been consistently demonstrating its support to this administration,” she added.

Robredo is the highest-ranking LP official under the Duterte administration. She holds Cabinet rank as chair of the Housing and Urban Development Coordinating Council.

At the House hearing on Tuesday of his office’s proposed P1.25-billion budget for 2017, Presidential Communications Secretary Martin Andanar acknowledged hiccups, but in the end Mr. Duterte was “his own best spokesperson.”

“He won the election using his own communication style and tactic. His communication style is far superior [to] mine,” Andanar said. “We follow guidelines … but at the end of the day if our principal changes the game, we follow his lead.” With reports from Marlon Ramos and Nikko Dizon