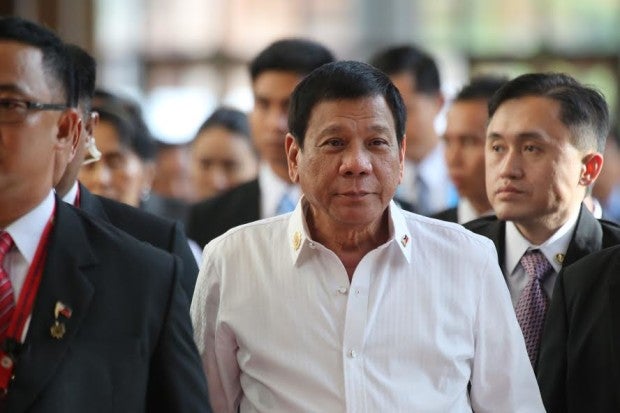 PRESIDENT Duterte on Monday revealed that he purposely ditched the meeting of leaders from the Association of Southeast Asian Nations (Asean) with US President Barack Obama in Vientiane, Laos last week.

“I did attend but I purposely did not attend the bilateral talks between Asean countries and the president of the United States. Talagang ini-skip ko ‘yun,” he said during the awards ceremony of 2016 Metrobank Foundation Outstanding Filipinos in Malacanang Palace.

“I attend all others. ‘Yung kay Putin may one on one ako and the Asean and the Chinese, I was there,” he added.

The President’s disclosure contradicted the official statement of Malacanang that Mr. Duterte failed to attend the Asean-US summit because he was under the weather.

The President said that the snub is a matter of principle.

“The reason is not I am anti-West. The reason is that I do not like the Americans. It’s simply a matter of principle for me,” he said.

Hours before the event, the Chief Executive said the US troops in Mindanao should leave Mindanao because “we will never have peace in that land.”

Before flying to the Asean summit, the President delivered a profanity-laced remarks at Obama for his supposed plan to discuss the surge in extrajudicial killings arising from the Duterte administration’s brutal campaign versus illegal drugs.