Duterte accuses LP of plotting to oust him 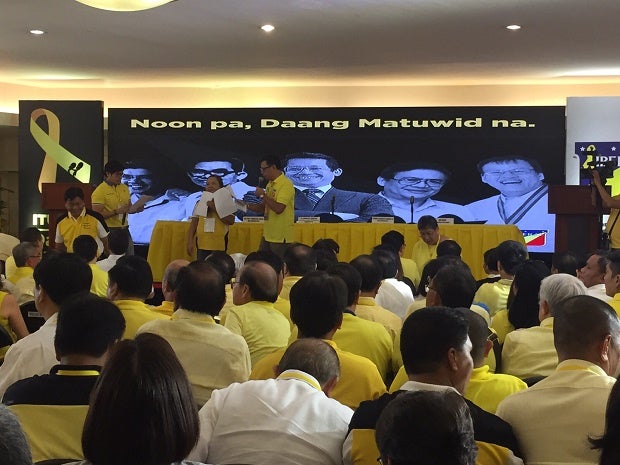 FILE: The Liberal Party (LP) National Executive Council meets on September 30, 2015 at the LP headquarters in Quezon City to decide on its slate for the 2016 elections. KRISTINE ANGELI SABILLO/INQUIRER.net

PRESIDENT Duterte on Monday accused the Liberal Party (LP) of mounting moves to unseat him by highlighting the issue of human rights violations.

“Let’s not fool ourselves. Do you know who’s behind this? It’s the yellow,” the President said, referring to the LP’s political color.

Addressing the oath-taking rites of his new appointees in Malacañang, he said United Nations Secretary General Ban Ki-Moon and US President Barack Obama also “rode” on the issue of human rights abuses regarding his administration’s bloody war against drugs.

“They think that if they can build a case against me, I’ll be impeached,” he said. “My God! I tell you frankly, when I assumed office, in this quest of mine, I have prepared to lose my honor, my life and the presidency.”