Gordon: Give Duterte power to suspend writ of habeas corpus 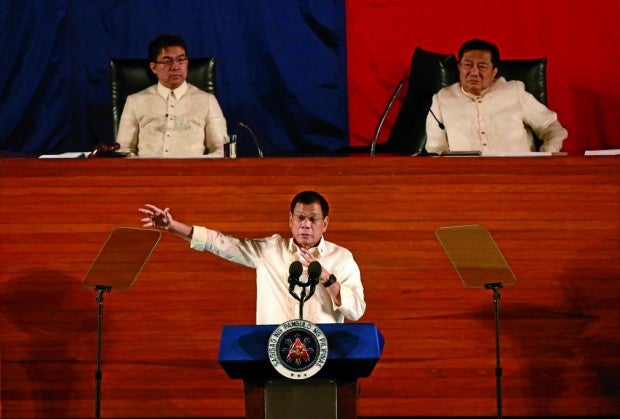 MANILA — Sen. Richard Gordon on Thursday said the President should be granted the authority to suspend the writ of habeas corpus — a move that would allow warrantless arrests — to quell terrorism and illegal drugs, saying the current declaration of a state of emergency on  account of lawless violence would not be enough to address security problems.

Gordon made the proposal even as  Duterte’s proclamation, made in the wake of the deadly bombing in Davao City on Friday, already allowed the warrantless arrest of those caught in the act of violating the law, those who bolted prison and those who surrendered to authorities.

The President’s declaration has already stoked fears that it may escalate into a declaration of martial law, but Malacañang clarified that the proclamation was not tantamount to authoritarian rule. It just empowered the President to call on the military to augment the police in law enforcement duties.

Gordon said his proposed extended authority, to come in the form of a bill to be filed next week, should be granted the President especially to bolster his war against illegal drugs, which he said has affected the country for decades.

“We are at war with drugs right now… If he has to suspend the writ of habeas corpus to fight drugs and terrorism, let’s give him that power so we won’t just keep saying people are getting killed, but that can’t be proven,” Gordon told reporters.

“It’s better to say arrest people who should be arrested,” he said.

“Instead of pretending that we really want to get rid of drugs, let’s go straight, let’s give him the chance, but with Congress in control of the situation,” Gordon said.

He said the Constitution has allowed this “in cases of war or national emergencies.

“Congress may even extend the declaration of the national emergency subject to rules it may deem fit up to a certain time in a limited period,” he said. 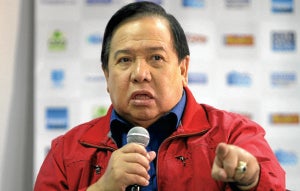 “Let’s let him declare the suspension of the writ of habeas corpus, so that if they have to arrest someone, they can arrest and investigate promptly,” he said.

Pressed repeatedly whether his proposal would be akin to martial law, Gordon said: “Let’s not be afraid of martial law. This is limited to drugs. Do we want to go back to how it was before? On the one hand, when someone does something, we get angry at him. And if nothing is being done, that’s also OK with us.”

He said he was only “protecting the public,” as granting the expanded authority through Congressional action would guard against abuses.

“I’d rather have Congress in control than one man,” he told reporters.

Habeas corpus is the power of the court to require the state to produce a person in custody.  Under the Constitution, its suspension is only allowed with respect “to persons judicially charged for rebellion or offenses inherent in or directly connected with invasion.”

Once suspended, authorities will have the power to arrest anybody without warrant and may pave the way for prolonged periods of detention without charges.  SFM/rga