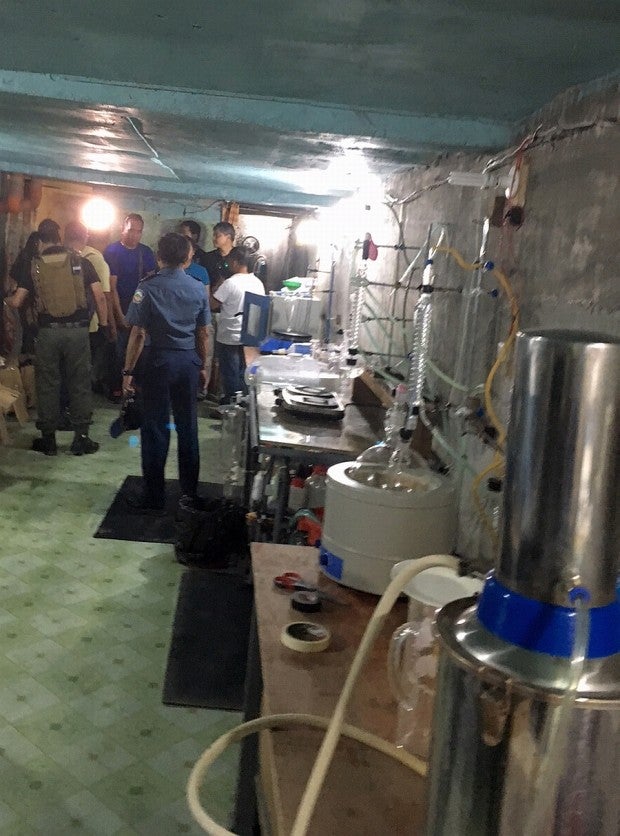 The police uncovered a suspected shabu laboratory beneath a piggery warehouse in the remote village of Balitucan in Pampanga’s Magalang town on Wednesday (Sept. 7). Photo by Tonette Orejas

MAGALANG, Pampanga – A suspected shabu laboratory operating inside a piggery at a village here was shut down in a Wednesday morning raid by the police and agents of the Philippine Drug Enforcement Agency (PDEA).

The laboratory was concealed beneath a warehouse in Barangay (village) Balitucan at the foot of Mount Arayat, and was three kilometers east of the regional police training center and the Central Luzon Drug Rehabilitation Center.

Five young men and a woman were found crying inside the house beside the laboratory, police said.

The operation was led by Wilkins Villanueva, PDEA director for the National Capital Region, who was armed with a search warrant from a Cabanatuan City court.

One of the men in the area, who identified himself as “Alvin,” said he operated the piggery for the last two years and said he had no knowledge about the laboratory under the warehouse where feeds are milled and mixed. JE