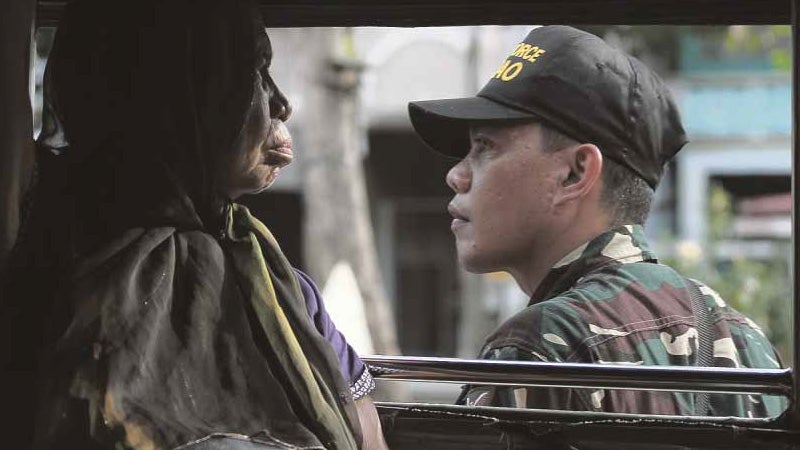 PRESIDENT Duterte’s proclamation of a state of national emergency on account of lawless violence in Mindanao calls for warrantless arrests in four specific cases but requires that existing rules and jurisprudence be “strictly observed.”

The do’s and don’ts of a warrantless arrest are part of the guidelines of Proclamation No. 55, dated Sept. 4, that the President issued after a deadly blast tore through a popular night market in his Davao City hometown, killing 14 people and wounding 67.

Malacañang released on Tuesday morning a copy of the two-page proclamation, which was signed by Executive Secretary Salvador Medialdea. The document remains in effect until the President lifts it.

“Credible threats” of more terrorist attacks and acts of violence in the country are among the reasons Mr. Duterte gave in declaring a state of national emergency on account of lawless violence in Mindanao.

Under the guidelines, no warrantless arrest should be made unless:

The person, has committed, is actually committing, or about to commit an offense in the presence of the arresting officer.

When an offense has just been committed and the arresting officer has personal knowledge that the person committed the offense.

When the person to be arrested has escaped from jail or detention.

When the person to be arrested has voluntarily waived his right against warrantless arrest.

The Department of National Defense (DND) and the Department of the Interior and Local Government (DILG) are in charge of the deployment of military and police personnel throughout the country, especially on major roads and in crowded places.

The DND and the DILG shall coordinate the immediate deployment of additional Armed Forces of the Philippines and Philippine National Police personnel to suppress lawless violence and acts of terror in Mindanao, and prevent these from spreading and escalating elsewhere.

The two departments, to the extent possible, shall deploy the additional troops on major streets and thoroughfares, as well as near crowded places such as malls and train stations. This is to increase the visibility of state security forces for deterrence and quick response purposes, without unduly alarming the public.

The constitutional rights of every individual shall be respected and given due regard by the AFP and PNP.

In stop-and-frisk situations, the search shall be limited to light patting on the outer garments of the individual to check for weapons or similar effects.

In police and military checkpoints, the inspection would consist of asking the motorist to roll down the window, searching for things in plain view, and asking for identification and vehicle registration papers.

No further intrusion shall be made, such as demanding the opening of trunks or lids or asking the persons to step out of the vehicle, unless the individual consents.

AFP and PNP personnel who violate any of the constitutional rights would be held administratively, civilly, or criminally liable.

The Department of Justice shall closely coordinate with the PNP and other law enforcement agencies to investigate and prosecute those apprehended for committing lawless violence.

Local government units are asked to give their full support and cooperation in implementing the guidelines.

These must be done with due regard to the fundamental, civil and political rights of citizens, it said.

“Mindanao has had a long and complex history of lawless violence perpetrated by private armies and local warlords, bandits and criminal syndicates, terrorist groups and religious extremists,” it said.

In recent months, the proclamation said there had been been abductions, hostage-taking incidents, murder of innocent civilians, bombing of power transmission facilities, highway robberies, extortions, attacks on military outposts, assassination of media practitioners and mass jailbreaks.

The military and the police went after the perpetrators, but were met with stiff resistance that resulted in casualties among government forces, the proclamation further stated.

It took note of the deaths of 15 soldiers in an encounter with the Abu Sayyaf in Sulu on Aug. 30.

The Sept. 2 explosion at the Roxas night market in Davao City, “perpetrated by still unidentified lawless elements,” was the latest violent incident mentioned in the proclamation.

No mention of war on drugs

“The foregoing acts of violence exhibit the audacity and propensity of these armed lawless groups to defy the rule of law, sow anarchy, and sabotage the government’s economic development and peace efforts,” it said.

It warned of possibly more attacks in the future, and not just in Mindanao.

“Based on government intelligence reports, there exist credible threats of further terror attacks and other similar acts of violence by lawless elements in other parts of the country, including the metropolitan areas,” it said.

The proclamation makes no mention of the Duterte administration’s war on illegal drugs, though the President earlier said he wanted to include drugs because of the many killings that, according to him, had been “unfairly” attributed to the police.

Palace officials have repeatedly given the assurance that the state of emergency proclamation is not akin to martial law, as the writ of habeas corpus is not suspended.