Deadly stroll for boy and mom 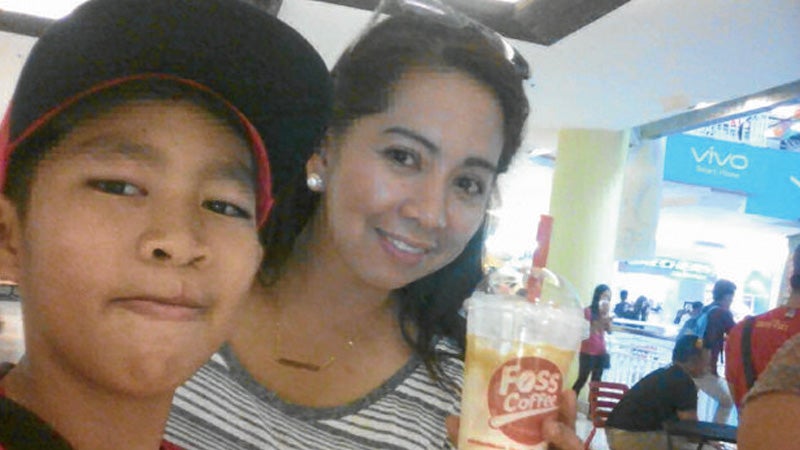 The Grade 7 pupil of Los Amigos National High School was the youngest among the 14 people killed on Sept. 3 in a bomb explosion that rocked the city, once known as one of the world’s safest.

“I was afraid of incidents like this,” said Larida’s father, Dennis, 45.

He said he and his family never went to crowded places and never had a habit of going out at night.

That fateful day, his wife, Melanie, decided that the three of them would have dinner at home in Los Amigos, stay overnight at the city center, and jog at People’s Park early morning on Saturday.

Josh had wanted to get sick like his cousin who was admitted to Brokenshire Hospital and was confined in an air-conditioned room.

“Just wish that you won’t get sick because it would be very expensive,” his father told him, as he explained that his cousin and his stay in the hospital room was covered by health insurance.

At 8 p.m. the Laridas checked in at Aljems Inn on Bolton Street. They already turned off the TV and were about to sleep when Melanie suggested that they take a brief stroll at the night market. They had never been there before, Josh’s father said.

Josh was happy. He had a pair of old Puma shoes, which were still in top condition, for his physical education class.

After covering the entire stretch of Roxas Avenue, the family turned back to where they started when Melanie saw the massage section of the night market.

“She had her favorite massage parlor in Toril but she wanted to give the Roxas massage a try,” her husband said.

Barely 20 minutes into the massage, the bomb exploded.

“It happened very fast,” Dennis said. “We were in the fourth row of chairs, Josh sitting beside Melanie and I was in a chair in front of Josh, 2 meters away, because I did not want to take a massage.”

“The blast came from the first row, and it was in one direction only,” Dennis said. “I was seated in front of my son, and because I was not a customer, the chair they gave me was much lower, like the ones you normally use in the bathroom.”

“When the blast occurred, Josh’s body somewhat shielded me from the shrapnel,” he said.

Josh and Melanie were the only ones left sitting on chairs after the blast. The rest fell and sprawled on the ground. Bodies were all around.

“I immediately asked Josh if he was all right and he told me he can’t breathe,” Dennis said. “I looked closer and saw that he was hit at the back—a hole as tiny as a ballpen—but then that small thing might have gone directly to his heart,” he said.

A masseur told Dennis that he had to carry Melanie and Josh away from the place as there might be another explosion.

When he saw a mobile patrol full of other victims, he told Melanie that he would take the boy first and would wait for her at the hospital.

Dennis said he felt Josh’s head drop before they reached the hospital. When Melanie arrived, he asked her how she was but she only said, “Take care of Josh first.”

Later, Melanie complained, “Di nako kaginhawa (I can’t breathe),” he said. Those were her last words.

Josh’s grandmother, Mima, fought tears when she spoke to the Inquirer. “He was the only child in the family, he was very close to us,” she said.

“When we have a reunion in South Cotabato, he is the life of the party, the older boys loved him,” Mima said.

Josh loved to play basketball and was a big fan of the National Basketball Association. He played the drum in church and his favorite game app was Go Duterte, featuring President Duterte killing and fighting criminals.

“He was a good boy, even if he may do something that boys normally do, but he used to tell me, Lola (Grandma), it’s hard to be an only child, everyone notices me,” Mima said.

Explaining that his father was a disciplinarian, Mima told the child that “when your parents love you, they want you to be disciplined.”

Dennis said he would miss his son so much. “Our greatest fear was to lose him,” he said.

He said he never knew that Josh’s first and last stroll at the night market would also be their last time together.