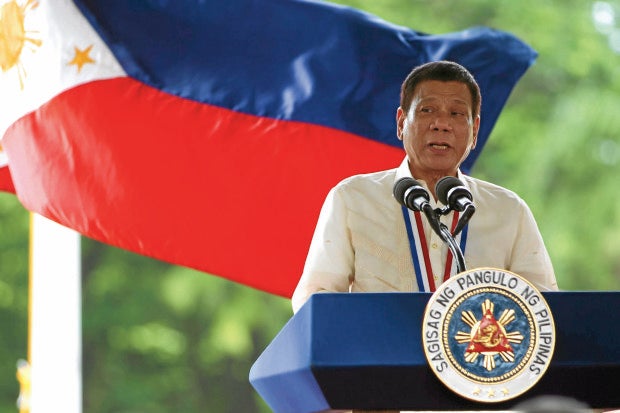 Before he leaves for Laos this afternoon, President Duterte will sign the formal proclamation on the state of lawless violence in the country, which he announced early Saturday morning after a deadly bomb blast in his hometown, according to Malacañang.

Duterte earlier said he was declaring a state of lawlessness to allow the military to work with the police in securing the country through checkpoints and increased patrols.

READ: What is state of lawless violence?

Actions taken by security forces would be intended to stop terrorism as well as the illegal drug scourge in the wake of the numerous incidents of extrajudicial killings of drug suspects, the President had said.

Duterte will depart from Davao City this afternoon for his official visit to Laos to attend the Association of Southeast Asian Nations summit.

He will next fly to Indonesia for a working visit./rga