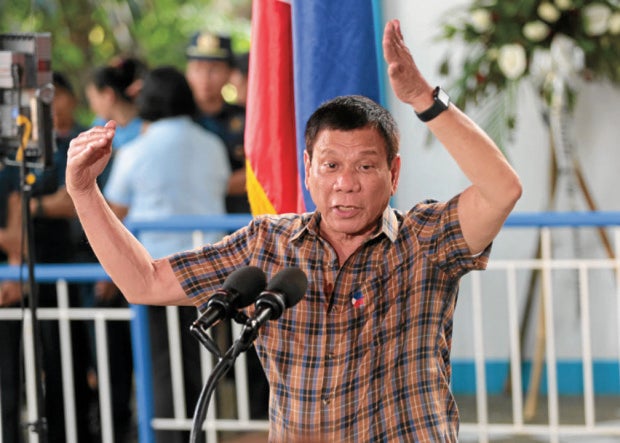 DAVAO CITY, Philippines— President Duterte early today said he was declaring a “state of lawlessness” in the whole country, following a deadly explosion at a bustling night market in his hometown of Davao City.

Mr. Duterte was quick to say that this was not martial law.

“I’m declaring now a state of lawlessness. It is not martial law. It has nothing to do with the suspension of the writ of habeas corpus,” he told reporters after inspecting the blast site shortly before dawn.

The declaration will remain until he decides that it is safe for everybody.

He said the state of lawlessness means there will be more security forces around the country carrying out his instructions.

“Any punitive or any action taken by the security forces would be in furtherance to stop terrorism,” he said.

“And I am including drugs because of so many killings unfairly attributed to the police, as if they are the handiwork of the police,” he said.