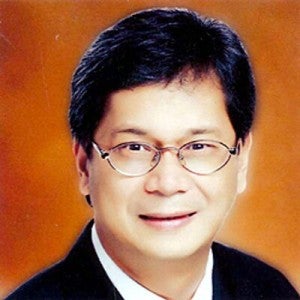 MANILA –Stop arresting drug pushers and leave it to the PDEA, or I’ll throw you in Mindanao.

Former Mandaluyong City Mayor Benhur Abalos has claimed that three years ago, a high-ranking official of the Philippine National Police (PNP) ordered the anti-drug operatives in the Mandaluyong City police to stop their operations against drug trafficking and drug pushing suspects and to leave the Philippine Drug Enforcement Agency (PDEA) on its own.  Abalos added that the same general threatened to “throw to Mindanao” policemen who would ignore his directive.

This general was one of the five “narco generals” named by President Duterte for having coddled and protected drug syndicates in the country, Abalos said in a press briefing Thursday after attending a police forum with city condominium and exclusive subdivision administrators about the PNP’s Oplan Tokhang Program.  He declined to name the “narco general.”

Abalos said these events showed the dimensions of the illegal drug problem in the country.

The former mayor recalled that in 2013, he received complaints from the Mandaluyong City police that they had been  stopped from doing their job.  He said SPO2 Jun Esperanzate and anti-narcotics policemen informed him that the police were following up a tip about a high-value target in the Mandaluyong City jail but a police general told them to leave the work to PDEA and stop arresting drug pushers.

According to Esparanzate, the police general gave the instructions during a command conference at the Eastern Police District in 2013.  Present during the meeting were the city police chiefs of San Juan, Mandaluyong and Pasig cities and the police officers involved in the drive against illegal drugs.

Abalos said Esperanzate and the anti-narcotics policemen, who were spearheading the drive against illegal drugs in Mandaluyong then, were demoralized by the order. “They were seeing something wrong, and yet they were barred from making any move,” Abalos said.

Abalos said he raised the issue with the higher-ups in the PNP, but mayors, he said, could only do so much. “But, remember it’s the police. Look at the relationship of the police and the mayor.  The mayor is related to a certain level… The general is the person who’s supposed to take care of them,” he added.

Responding to the former mayor’s revelation at the forum, Esperanzate told reporters they thought the orders were dubious but they stayed quiet, and continued their operations.

He said the police general gave them the instructions personally, adding that he did not voice out their objections to the general’s instructions then, recognizing the power and authority the general’s rank wielded. “General ‘iyon.  Syempre tinignan ko lang siya (He was a general.  Of course, I just looked at him)” Esperanzate said.  He added that several other people heard about the orders or received the same orders and that policemen in other districts in the National Capital Region got the same instructions from the general.

Esparanzate said the same general instructed him to report to him and at one time, the general met with him and told him not to arrest high-value targets, leave them to the PDEA and confine their operations to pushers peddling only up to 1 kilo of illegal substances.  He quoted the same general as telling him, “Sa PDEA lang yun.  Kung manghuhuli kayo, dapat 1 kilo (of illegal drug).” 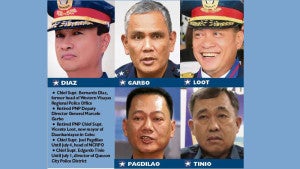 Esperanzate, who said he was being supported by the Mandaluyong City police chief then, Senior Supt. Florendo Quibuyen, said he continued conducting anti-illegal drug operations but eventually they started getting warned that he or the police under him would be sent to Mindanao.

Abalos said he was angry at the turn of events in 2013 and he was surprised to read in a newspaper that former Cebu governor and now congresswoman Gwendolyn Garcia claimed that the same orders were received by the police in her province.

Esperanzate said from 2011 to 2012, their unit had the most number of accomplishments in terms of drug-related arrests and seizures until they were given the order to stop the arrests. In June 2013, he was assigned to the EPD headquarters.

“It’s really frustrating that these things happen…The police are risking their lives… but they end up facing cases… that they are accused of conniving with prosecutors.  That’s one reason why there could be less arrests,” Abalos said.

He said that in June, before he stepped down as mayor, at least 50 percent of the detainees in Mandaluyong city turned out positive for illegal drugs in tests conducted by the city police and the city government. When they went back for more tests, they were already barred from doing so by the Bureau of Jail and Management Penology, due to concerns about rights.

“Mind you, the effect of illegal drugs in a body is three days. That means some could have just taken drugs before the drug test,” Abalos said.

Abalos recognized the people’s constitutional right to refuse drug tests. “I don’t want to make a sweeping indictment, pwedeng may makakalusot, pero sobra naman (maybe some get away with it, but this is too much)….  He said the rate of detainees testing positive for drugs was “very shocking.”  “Sa loob pa ng kulungan (And inside the jails at that). The mere fact they have drugs inside is a sign of what is happening in the country,” he added.

He said he brought his concerns to the chief of the BJMP. “I don’t want to bring this up… I kept it to myself then. But there is something really wrong.  And it (looks like) nothing has happened until now,” Abalos said.  SFM/rga