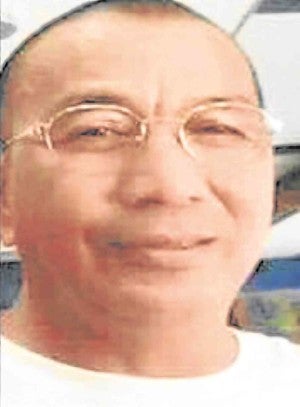 ILOILO CITY—The gunman who repeatedly shot suspected drug lord Melvin Odicta and wife Meriam could be one of the passengers of the ship that the couple took from Batangas to Aklan, according to investigators.

“It’s a very big possibility that he (gunman) was with them on the ship, followed them when they disembarked and shot the victims,” said SPO1 Nida Gregas, spokesperson of the Special Investigation Task Group Odicta.

Gregas said only passengers of vessels that have arrived are allowed access to the 100-meter walkway leading to the exit and parking area of the Caticlan port in Malay town in Aklan.

A gunman first shot Meriam from behind before firing at Melvin as they were on the walkway around 1:30 a.m. on Aug. 29.

The gunman fled after the shooting eluding port security guards who were at the port and policemen who arrived after shots were fired.

The police task group is securing the passenger manifest of MV St. Anthony de Padua to determine the identities of the couple’s companions and other passengers.

It is unclear how an armed person can board the ship undetected.

The roll-on, roll-off vessel departed from Batangas to Iloilo on Aug. 28.

The vessel’s trip was delayed as police impounded two vehicles owned by the Odictas and removed them from the ship.

Gregas said that in the reenactment of the shooting on Wednesday, the possibility of a lone gunman using two firearms emerged.

Results of an autopsy conducted by the regional police crime laboratory showed that two types of firearms were used.

One of the lawyers of Melvin, Gualberto Cataluna, and close relatives of the couple earlier raised questions on the death of Melvin claiming they saw him alive in a police car on the way to a hospital.

This has been repeatedly belied by police officers who said the Odictas were already unconscious and pronounced by doctors dead on arrival at Malay Municipal Hospital.

Relatives of the Odictas on Wednesday said they were no longer interested in pursuing those responsible for the killings.

Noel Odicta, village chief of Tanza Esperenza in Iloilo City and brother of Melvin, appealed to media for privacy instead.