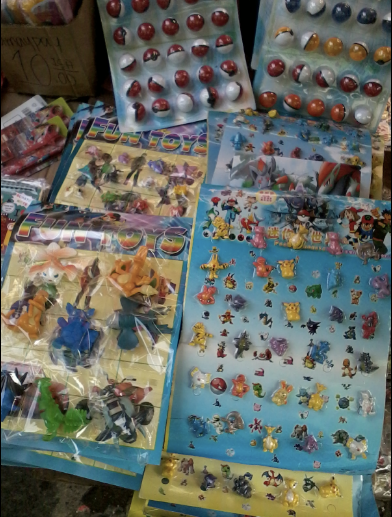 Some of the Pokemon-inspired toys bought on sale in Divisoria, Manila. Photo courtesy of the EcoWaste Coalition.

As Pokemon mania continues to sweep the nation, a toxic watch group reminded parents to remain vigilant when it comes to purchasing toys inspired by “pocket monsters” that may pose chemical and choking risks to their children.

“Not all toys cashing in on the immensely popular Pokemon are created equal.  Some are laden with toxic lead, many are too small for little children to safely play with and most, if not all, are improperly labeled.  Parents and kids need to exercise caution to reduce potential chemical and choking hazards from such toys,” Thony Dizon, EcoWaste Coalition coordinator, said in a statement on Thursday.

“These words of advice are not meant to throw cold water on the Pokemon craze, but simply to remind consumers to be on their toes,” he added.

In the wake of its pre-Christmas screening, the advocacy group conducted a thorough examination of 225 plastic Pokemon toys, which it obtained from August 29 to 31 from toy vendors in Manila, Makati and Quezon City. The repacked toys were reportedly sold from as cheap as P5 per unit.

A portable X-Ray Fluorescence (XRF) device was used to examine the toys for harmful chemicals.

Out of the 225 samples, 38 were discovered to contain lead concentrations ranging from 132 to 6,680 parts per million (ppm). Lead, a highly toxic chemical that could have negative effects on children’s growth, is included on the list of prohibited substances in the production of toys, according to an order from the Department of Environment and Natural Resources. 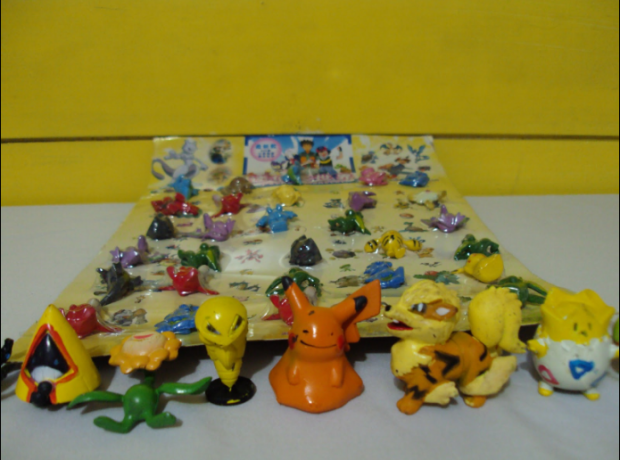 The EcoWaste Coalition also expressed deep concern over the small size of most Pokemon toys, which may pose ingestion hazards when used by kids under three years of age and played without adult supervision.

The group singled out the tiny parts of “Poke balls” used to catch and store Pokemon.

“The Pokemon toys inside the Poke balls measure only 2 cm and look like Gummi Bear candy,” Dizon said.

“It’s very important for parents to be watchful of toys with small parts as kids may suffer from choking or swallowing small objects that can block the passage of air and cause serious injuries and even deaths,” he added.

The group said that hazardous toys or those which do not follow the requirements set by the Toy and Game Safety Labeling Act of 2013 may be withdrawn from the market. Khristian Ibarrola/IDL

How companies are cashing in on Pokemon Go