Instead of rice, 4Ps beneficiaries to get additional cash—Drilon 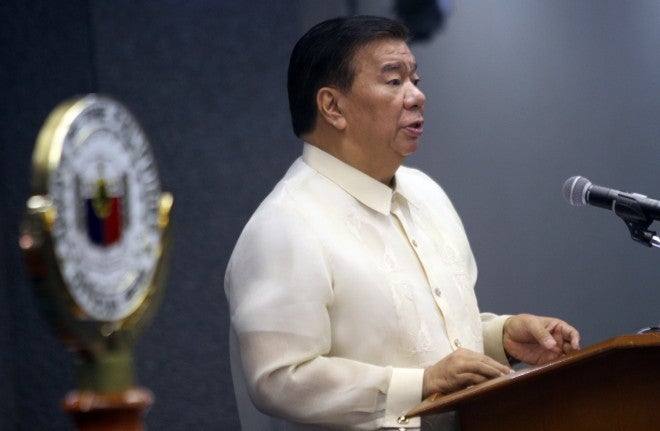 Upon his prodding during the hearing of the Senate committee on finance, Drilon said, Budget Secretary Benjamin Diokno and National Economic Development Authority (Neda) Director General Ernesto Pernia agreed that it would be more favorable to the beneficiaries to receive outright cash instead of a monthly rice allocation.

READ: Rice to be part of 4Ps under Digong

“I am glad that our economic managers realize that it is more practical on the part of the government and the 4Ps beneficiaries if the budget for the rice subsidy program is converted into cash grant to augment the monthly stipend received by the poor families,” he said in a statement on Thursday.

“For an ordinary ‘Juan Dela Cruz,’ an outright cash grant is more useful in his day-to-day survival than a sack of rice,” he added.

Drilon estimated that the budget for the 20 kilograms of rice per month, at P32.50 per kilo based on the National Food Authority retail price, would approximately translate to an increase of P600 in the monthly stipend of the 4Ps beneficiaries. This figure, he said, was confirmed by Diokno during the hearing.

At present, he said, the beneficiaries of the conditional cash transfer program (CCT) could receive a maximum of P1,400 monthly stipend from the government.

“It is about time that we increase the amount of cash subsidy that we provide to the poor. The P1,400 cash subsidy is not enough considering the high inflation in the country,” said the senator.

“The huge amount of P23.4 billion can also be used to expand the CCT program to include the ‘near-poor’ families or those who are living a little above the poverty threshold line,” he said.

Besides, Drilon warned that the government would face a “logistical nightmare” if it pushes through with its rice subsidy program.

The past rice subsidy programs, he said, had caused a huge cost on the part of the government, citing a 2012 World Bank study.

The senator said the same study recognized the high cost of administering the rice subsidy program compare to the conditional cash transfer program.

Still quoting the World Bank, Drilon said the government on average spends P6.84 for every P1 of direct assistance delivered through the universal rice subsidy program.

“So that we can avoid the huge cost and logistical nightmare that a rice subsidy program might cause, let us use the funds to augment the outright cash that we give to the poor,” he said. IDL/rga