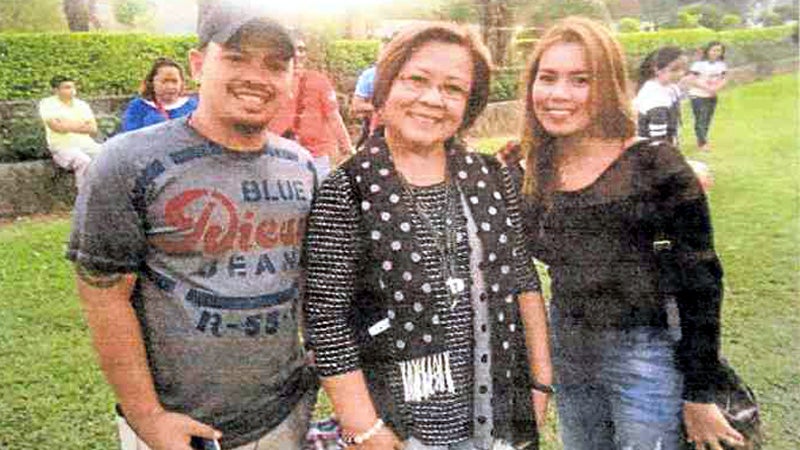 SEN. LEILA de Lima on Tuesday denied any relationship with a wanted drug suspect, Kerwin Espinosa, saying a photograph taken with him and a woman was just one of those many photo opportunities during the election campaign.

“I don’t know Espinosa, even the father,” she said, referring to Mayor Rolando Espinosa Sr. of Albuera, Leyte province.

The elder Espinosa had earlier surrendered to police after he and his son were identified as drug pushers in Leyte. He was later able to go back to public office. His son, meanwhile, remains at large.

“They are good at digging up dirt,” an incredulous De Lima said when shown the photo.

“They were just among those who asked to take a photo with me. That’s not something like an arranged meeting or what.  That was just a chance meeting, if that was in Baguio,” the senator said.

She said one of the women in the background of the photo was a member of her staff.

“I think we were just going around and they approached me. I don’t know him. I don’t remember this. I’m sure of that,” she said.

De Lima has been accused by President Duterte of receiving drug money from convicted narcotics traders who had allegedly turned the New Bilibid Prison as the nerve center of their illegal activities outside. She has denied the charges.

In Albuera on Tuesday, Mayor Espinosa called a news conference at the local police station and reiterated that he feared for his life after he executed last week a seven-page affidavit naming “powerful” individuals allegedly involved in his son’s illegal drug operation.

The mayor, who has been staying at the police station, said some of his son’s protectors were top police officials, congressmen and a senator, among others.

He added that he did not want to publicly name these officials pending his request to be placed under the government’s Witness Protection Program.

The affidavit was a condition set by the police in exchange for protection after the mayor complained that he had been receiving death threats made through calls from unidentified individuals in his cellular phone.

Inquirer that the affidavit would be used as basis in filing a complaint against the officials and media personalities identified by the mayor.

Patrick Ceniza, spokesperson of the mayor, said the elder Espinosa had a reason to be scared because he was not linking ordinary individuals in the illegal drug trade.

He cited the female senator in the photo with Kerwin and a woman  that was taken in Baguio City in March.

“It’s up to you to answer that question,” he replied when asked if De Lima was involved.

Espenido said all those named in the affidavit would be formally charged at the Leyte provincial prosecutor’s office today.

A teary-eyed Espinosa reiterated his appeal to his son to surrender.

He said he was grateful for Espenido for granting his request to place him under his custody.

He also expressed his gratitude to President Duterte and PNP Director General Ronald dela Rosa for extending assistance to him.

Mayor Espinosa also called on his son’s partners, whom he identified as Galo Bobares, Max Miro, Tonypet Zaldivar and Ferdinand Rondina, to surrender. With a report from Robert Dejon, Inquirer Visayas