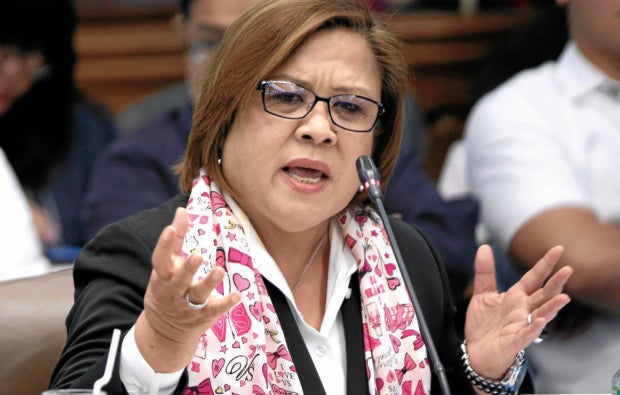 Senator Leila de Lima on Tuesday shrugged off as another “harassment tactic” the ethics complaint filed against her at the Senate in connection with her alleged involvement in the illegal drug trade.

“I have not seen yet any such complaint so I’d rather that I wait first for whatever action, initial or otherwise, that the ethics committee would be taking on that matter,” De Lima told Senate reporters.

De Lima said her detractors have been harassing her in what she said was an attempt to break her spirit.

(They’re doing a lot of harassment now. I don’t want to tell you about the others because I don’t want to yet. Let’s see how far they’ll go with what they can do to me.)

In the meantime, De Lima said, she would just leave it up to the ethics committee chaired by Senate Majority Leader Vicente “Tito” Sotto III to decide whether or not the body has jurisdiction over the complaint reportedly filed against her by a certain lawyer Abelardo De Jesus.

“I’m sure pinag-aaralan din nila ‘yan (I’m sure they’ve also studied that). I respect them as my colleagues. I know that they know what to do,” she further said. JE/rga