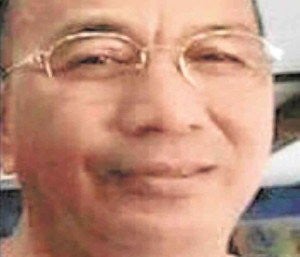 BATANGAS CITY — A tip from what a police official described as a “concerned citizen” led law enforcers to the unlicensed guns and the arrest of three companions of slain couple Melvin and Meriam Odicta at the Batangas City port on Sunday.

Senior Supt. Antonio Gardiola, chief of the Philippine National Police’s Highway Patrol Group (HPG), told the Philippine Daily Inquirer that the police had been tipped off that “heavily armed men” were seen on board two vehicles bound for Aklan province.

“We did not know who were on the vehicles. We were just told that they were carrying contraband,” said Supt. Peter Dionisio, HPG regional director in Calabarzon (Cavite, Laguna, Batangas, Rizal, Quezon).

Police later discovered that the vehicles, a Toyota Coaster and a Toyota Grandia van, belonged to the Odictas’ group.

Melvin Odicta, a businessman based in Iloilo City, had been tagged by the police as the drug lord “Dragon” operating in Western Visayas.

He and his wife were shot and killed by unidentified gunmen as they arrived at the Caticlan jetty port in Malay town in Aklan at past 1 a.m. Monday from Batangas.

They met with Interior Secretary Ismael Sueno in Metro Manila last week to clear their names. The Odictas also claimed they were receiving threats.

The vehicles were held at the Batangas port on Sunday morning hours before the Odictas left on a roll-on, roll-off (Ro-Ro) vessel bound for Caticlan.

Dionisio said the police, at 10 a.m., ordered the vehicles offloaded after bomb-sniffing dogs detected firearms. Policemen found a .45 gun kept in the van’s console box and a 9mm gun in the backseat pocket. A .25 cal. gun was recovered from a luggage in the Coaster.

In a text message, Gardiola said the .45 and .25 cal. guns had no records with the police. The 9mm gun, however, was registered to one Victorino Gilles Gerona Sr. but the license had expired on March 11, 2011.

Both vehicles did not have license plates, he said.

Police held Maria Victoria Laygon, who initially told policemen that she owned the vehicles, and drivers Marlon and Manolito, both surnamed Susano.

“We are also checking records that one of the drivers was previously involved in a murder case,” Dionisio said.

Asked why the Odictas were able to leave Batangas, Dionisio said they only realized that the vehicles belonged to the couple later Sunday, after checking the vehicles’ registration records.

By then, the Odicta couple had already left on the Ro-Ro, he said.

A police source, however, said the Odictas refused to alight from the
vessel.

The Odictas’ three companions, however, were placed under the custody of the Batangas City police and would be charged with violation of Republic Act No. 10591 (Comprehensive Firearms and Ammunition Regulation Act).

In a separate interview, Chief Supt. Valfrie Tabian, Calabarzon police director, said Laygon and the Susanos would be turned over to the Anti-Illegal Drugs Group in Camp Crame to undergo investigation on their
ties to the illegal drug trade.  SFM