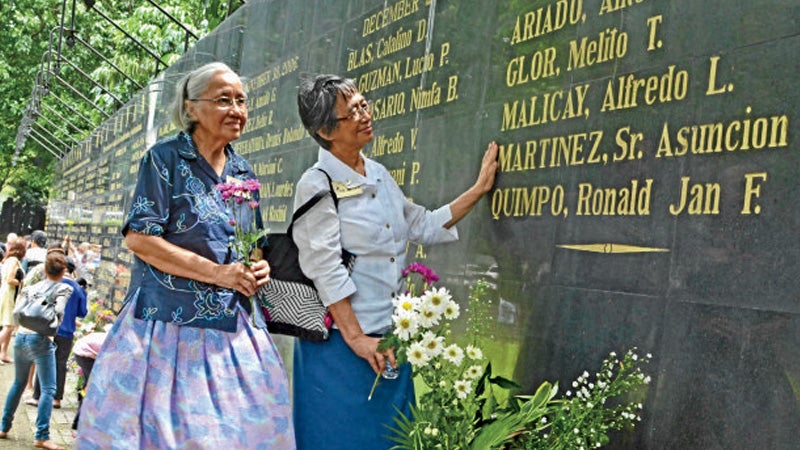 WHILE arguments for and against the burial of Ferdinand Marcos in Libingan ng mga Bayani are yet to be presented before the Supreme Court, arguably Marcos cannot be included in the Bantayog ng mga Bayani.

It features a black granite Wall of Remembrance, on which the names of those who fought against the Marcos regime are etched. Every year, names are added to the wall. The first 65 names were engraved on the wall in 1992.

The wall stands a few meters from a 13.7-meter bronze monument by Eduardo Castrillo. The monument depicts a defiant mother raising up a fallen son.

The monument, the commemorative wall and other structures at the Bantayog complex are dedicated to the nation’s modern-day martyrs who fought against all odds to help restore freedom, justice, truth and democracy in the country.

The Bantayog complex now includes an auditorium, a library, archives and a museum. Bantayog’s 1.5-hectare property was donated by the administration of Corazon Aquino, through Landbank, in 1986 after the Marcos dictatorship was toppled. Inquirer Research