Gina defends DENR exec; ‘not happy’ with another 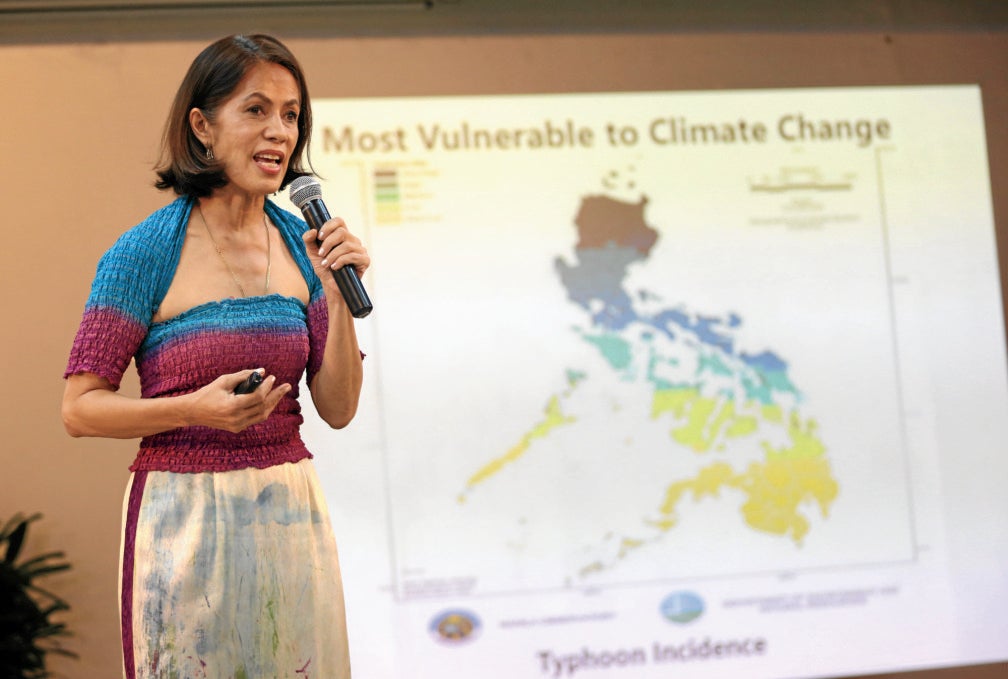 ENVIRONMENT Secretary Gina Lopez has taken up the cudgels for the former head of the Mines and Geosciences Bureau (MGB) after antimining protesters called for his removal from the Department of Environment and Natural Resources (DENR).

In a protest turned dialogue on Tuesday, members of Alyansa Tigil Mina (ATM), Sanlakas, Lilak and Philippine Movement for Climate Justice, among others, called on Lopez to rid the DENR of officials accused of corruption or inaction, including former MGB chief Leo Jasareno who now leads Lopez’s mining audit and whom she earlier named a department undersecretary.

While praising Lopez’s mining audit—which has led to the closure of 10 mining sites in Zambales, Palawan, Bulacan and Surigao del Norte—“we also call for serious reforms within the DENR and for its leadership to investigate and hold accountable officials found to have abused their authority or violated their mandate and engaged in corruption,” ATM national coordinator Jaybee Garganera said.

Sanlakas secretary general Aaron Pedrosa pointed out that Jasareno and other DENR officials had been named respondents in various cases filed by communities against destructive mining, including a petition for a writ of kalikasan and continuing mandamus against mining operations, and an Ombudsman complaint for malfeasance filed by Sta. Cruz, Zambales, residents. There was also a petition for continuing mandamus filed by residents of Manicani, Guiuan, Eastern Samar, over the continued hauling of mineral ore despite a DENR suspension order.

Lopez, who allowed the protesters to enter the DENR offices so she could meet with them personally, ended up defending Jasareno whom she called to join the meeting.

“You have to believe in my judgment. I have the right and I want you to trust me. I want to choose the people I want to work with. I have worked with Leo even before and I’m working with him now. He is a good man. He really is a good man. He’s good, honest and dynamic. With Leo’s able help, we have been able to close down 10 mines. We’re gonna close down eight more,” Lopez said.

She, however, admitted that she was “not very happy” with Cagiuoa, whom the groups accused of disobeying an order to suspend the hauling of mineral ore in Manicani.