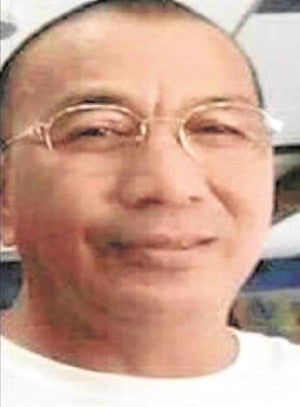 ILOILO CITY—The highest-ranking official of the Philippine National Police minced no words in identifying a businessman from this city as a top drug lord who goes by the alias “Dragon” in crime rings.

PNP Director General Ronald Dela Rosa on Friday pointed to businessman Melvin Odicta as a top drug suspect who is on the PNP list of individuals who are under surveillance for involvement in drug trafficking.

Dela Rosa made the statement in reaction to denials from the camp of Odicta that the businessman is involved in drugs.

The PNP chief said while police have yet to gather enough evidence to pin Odicta down, pieces of evidence are being gathered from members of the syndicate to which Odicta belongs.

“Drug lords are hard to arrest. They do not carry drugs. But we will eventually get them,” said Dela Rosa after speaking at rites celebrating the 115th anniversary of the Philippine National Police.

No surrender
Odicta and wife Merriam went to the office of Interior Secretary Ismael Sueno on Thursday afternoon.

Odicta’s lawyers, who accompanied the couple, said their clients went to Sueno not to surrender but to clear their names and seek help against threats to their lives.

Gentiles said there was still no significant inroads against Odicta’s group but he said the operation of the group is “contracting.”

Odicta has been identified by the Philippine Drug Enforcement Agency as the head of one of two main drug groups operating in Iloilo.

The other drug group is led by a Richard Prevendido which Gentiles described as “decimated.”

Low supply
He cited the decrease in the supply of drug which pushed the local street price of shabu (methampetamine hydrochloride) from P11,000 per five grams to more than P20,000.

Odicta, who has several businesses in Iloilo City, has repeatedly denied the accusations. He operates a fleet of taxis, under the Melvin name, vans for hire and a restaurant in the city.

He is facing criminal charges for leading a group of men in an attempt to forcibly enter radio station Aksyon Radyo Iloilo which has been airing reports and commentaries against illegal drugs.

After the attempted break-in at Aksyon Radyo Iloilo, the PNP Firearms and Explosives Office revoked Odicta’s licenses and registration for 12 firearms including three assault rifles, five handguns, a 12-gauge shotgun and a machine pistol.

In July, unidentified men burned two Melvin taxis in separate cases in Iloilo. The drivers were left unharmed and their earnings were not taken, ruling out robbery as the motive of the attacks.

No group or individual claimed responsibility for the burning of the vehicles.

President Duterte had cited Iloilo as “most shabulized” to describe the city as having the worst illegal drug problem in the country.

The officials have denied the President’s allegations.

Dela Rosa evaded a question from a reporter who asked him if Mabilog was a protector of drug lords.