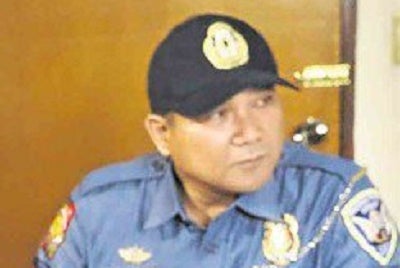 One of the Highway Patrol Group (HPG) personnel accused in the killing of a motorcycle rider they had apprehended died in an alleged suicide on Saturday at the Philippine National Police (PNP) headquarters in Quezon City, according to radio reports.

HPG chief Senior Superintendent Antonio Gardiola Jr. said over radio DZMM that Police Officer 3 (PO3) Jeremiah De Villa’s body was found on the grounds of the Police Security and Protection Group (PSPG) building in Camp Crame near the HPG building past 9 a.m. on Saturday. Gardiola said De Villa was rushed to the PNP General Hospital but was pronounced dead.

Gardiola said witnesses saw De Villa went to the rooftop of the PSPG building, but added that footages from closed-circuit television cameras have yet to be reviewed to verify if he fell to his death.

The HPG chief said De Villa, who is under restrictive custody in Camp Crame, seemed out of his usual self in the past days, adding that the latter’s mother died recently.

In their counter-affidavits filed on Friday before the Department of Justice, the HPG personnel denied murdering, torturing and robbing Dela Riarte, saying that he attempted to snatch their firearm and kept on cursing and spewing invectives at them inside a patrol car going to Camp Crame.

“At that time, the only thing foremost in my mind was to maim and disable John B. Dela Riarte so that he could not be a danger to PO2 Jonjie Manon-og and to the public or other motorists as we were [on] EDSA and the cars were slow moving as it was traffic (sic),” De Villa said in his affidavit.

“In a split second, instinctively, I got my gun and while shouting ‘tumigil ka, tumigil ka (stop it, stop it)! turning half sideways to my right, I pulled the trigger of my gun to disable John B. Dela Riarte,” De Villa said, adding that “the incident happened so fast that I could feel panic rising to my throat when I realized he was bleeding.”

The National Bureau of Investigation said Dela Riarte died of multiple gunshot wounds to the chest, abdomen, and right thigh.

In a statement, Public Attorney’s Office chief Persida Acosta said: “We feel very sorry for him. We want the respondents be given due process alive in our judicial process. Yesterday (Friday) the NBI records were submitted to the prosecutor to aid the resolution and eventual prosecution of the case. Adding that the Napolcom (National Police Commission) en banc yesterday, Aug. 26, 2016, also issued formal charges against them and they are recommended for summary for summary dismissal proceedings.”

Dela Riarte’s brother Robert, in an interview on DZMM, said they were shocked upon learning of De Villa’s death.

“It’s either guilty po siya (he feels guilty) or posibleng maraming problema na ring dumating sa kanya (possibly beset with various problems). We don’t want this to happen to him,” he said. YG/IDL