Clinton says controversies behind her; Trump begs to differ 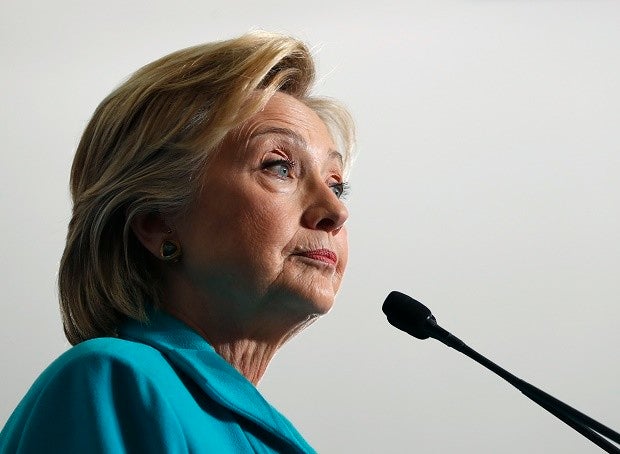 NEW YORK — Hillary Clinton vigorously defended her family’s foundation against Donald Trump’s criticism on Friday and declared she’s confident there will be no major further accusations involving the foundation, her emails or anything else that could undermine her chances of defeating him in November.

She said the private Clinton Foundation’s charitable programs would continue if she’s elected, even as Trump and other critics argue they would present a conflict of interest.

In an interview on MSNBC’s “Morning Joe,” the Democratic presidential nominee kept up her verbal assault on Trump’s campaign, asserting it is built on “prejudice and paranoia” and caters to a radical fringe of the Republican Party.

Clinton is looking to counter Trump’s attempts to win over moderate voters who have been unsettled by some of his remarks and policy proposals. In the meantime, he has been softening his tone on immigration and reaching out to African-Americans, a traditional Democratic constituency.

Clinton is also targeting moderate voters — and especially Republicans — by depicting Trump and his supporters as extremists, and casting the race as “not a normal choice between a Republican and a Democrat.” She has contrasted Trump with former Republican presidential candidates John McCain and Bob Dole, and former President George W. Bush, praising their decisive steps to counter racism and anti-Muslim sentiment.

In turn, Trump is trying to paint Clinton as the racist.

He has released an online video that includes footage of the former first lady referring to some young criminals as “super predators” in the 1990s. The video also shows Clinton’s former Democratic rival, Bernie Sanders, denouncing the phrase as “a racist term.” Clinton has since apologized.

Trump says Clinton is trying to distract from questions swirling around donations to the Clinton Foundation and her use of her private email servers for official business while secretary of state. On Friday, he also continued his recent push to broaden his base of support among minority voters, convening a roundtable with Latino backers at his hotel in Las Vegas.

But his new outreach comes amid his own mixed signals on his immigration plan, including whether or not he would stick with a primary campaign promise to deport 11 million immigrants living in the United States illegally.

In her phone interview with MSNBC, Clinton was asked if she was certain there are no emails or Clinton Foundation ties to foreign entities that would affect her presidential prospects. She replied, “I am sure,” and mentioned her strong understanding about the foundation’s work.

But neither that issue nor her emails appears to be going away soon.

The State Department now says it doesn’t expect to publicly produce all the detailed daily schedules showing meetings by Clinton covering her time as secretary of state before Election Day.

The agency told The Associated Press it expects to release the last of the files around Dec. 30. The AP’s lawyers asked the department late Friday to hasten its efforts and provide all of her minute-by-minute schedules by Oct. 15. The department did not immediately respond.

The schedules took on new importance this week after the AP analyzed the ones released so far and found that more than half the people outside the government who met or spoke by telephone with Clinton during the first half of her time as secretary of state had given money — either personally or through companies or groups — to the Clinton Foundation. The AP’s analysis focused on people with private interests and excluded her meetings or calls with federal employees or foreign government representatives.

On Friday, Clinton promised to put in place additional safeguards to prevent conflicts of interest with her foundation should she win the White House.

“I appreciate the concerns that people have expressed, and that’s why I have made it clear that if I’m successful in November we are going to be taking additional steps,” she said. She said the foundation’s charitable programs has been “in line with American interests and values” and must continue, perhaps through partnerships with other organizations.

Top Republicans have found common ground with Trump in his criticism of the Clinton Foundation and her use of the email server. But they have been noticeably quiet in defending Trump against Clinton’s charges of racism in his campaign.