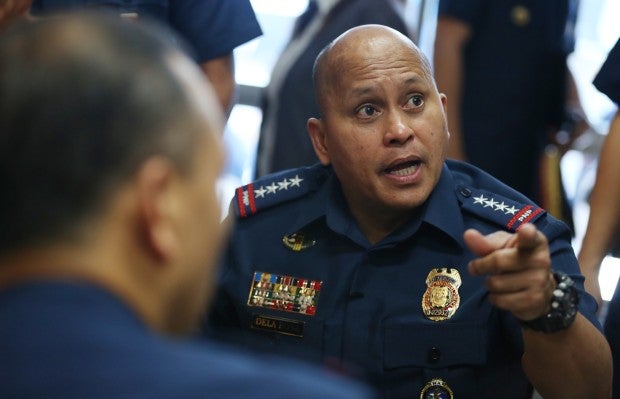 Philippine National Police chief Dir. Gen. Ronald “Bato” dela Rosa on Thursday urged former drug users and pushers in Bacolod City who surrendered to the police to kill drug lords and burn their houses down to prevent syndicates from enjoying their luxurious lifestyle.

Addressing 1,200 drug surrenderers in Bacolod City, Dela Rosa expressed frustration at how drug lords continue to enjoy the money they get from illegal means while the drugs they are distributing destroy the lives of the public.

The tough-talking police chief then encouraged drug users and pushers who turned themselves in to the police to go to the houses of the drug lords, douse their houses with gasoline and set them ablaze.

(They are enjoying the money you had brought them, but they are ruining you while they are enjoying. You know who the drug lords here are. You want to kill them? Kill them. You can kill because you are the victims.

(You know who the drug lords here are. Go to their house, douse it in gasoline and set it on fire. Show them your rage.) CDG/rga

Dela Rosa: ‘They resisted arrest, otherwise they would be alive’