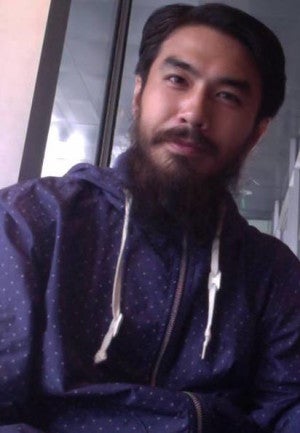 MANILA — A commuters’ rights activist was apprehended on Tuesday night by MRT security personnel after he reportedly vandalized the door panel of a train from Kamuning to Quezon Avenue Station.

A report from the Quezon City Police District (QCPD) Station 10 in Kamuning, where Train Riders Network (TREN) convenor Angelo Suarez was turned over by MRT security guards, alleged that while he was onboard, the MRT train with bus number 019-C, Suarez allegedly wrote the words “MRT BULOK” on the door panel of the train using a pentel pen.

The act, which happened around 9:30 p.m., was reportedly seen by guard on duty Roseilyn Gambrajo who called the attention of the suspect who then allegedly threw the pen on the footbridge of the MRT. The security personnel was able to retrieve the item and submitted it to the police for evidence.

In a television interview on Tuesday night, Suarez denied the act saying he just saw the “MRT Bulok” writing on the door panel of the MRT but did not write it. He noted that he has been observing similar vandalism on the trains of the MRT.

He explained that when he went down on Quezon Avenue, he noticed that a guard was following him and talking about him to other guards via a radio. Suarez said he was taken to the MRT office at the same station and asked to wait for an official.

However, he noted that he was made to wait for hours and was not allowed to leave the area. “We were detained and we felt harassed,” Suarez added.

At around 2 p.m., Reyes said Suarez was ordered released by the Quezon City Prosecutor’s Office “because the MRT3 complainants did not have proper authorization to file a complaint.” The police said that Department of Transportation (DOTr) MRT representative Bryan Factuar was not able to attach a board resolution authorizing him to file the case.

However, Reyes said that Suarez was still brought back to the Kamuning Station pending the approval of the inquest fiscal of his release order.

“Meanwhile, we have learned that the MRT3 still wants to pursue the case and is attempting to cure their defective complaint despite our repeated objections,” Reyes said as he called on MRT3 to stop harassing critics.

He said they were open to a dialogue with the DOTr about rail issues but noted that detaining and pursuing charges against Suarez was “already overkill.”

Suarez admitted being part of the 2015 #MRTBulok project, which opposed the increase of the fares of the MRT in 2015. He said that he was one of the individuals who filed an official petition at the Supreme Court against this fare increase.

In a statement, youth group Anakbayan identified Suarez as “a commuters’ rights activist,” a convenor of TREN and an #MRTBulok protester.

“His arrest is a clear case of harassment against protests vs #MRTbulok and privatization of train services,” the statement read. “He should be released immediately and unconditionally. Whatever charges are filed are clearly baseless and should be dropped.”

Suarez, an advertising copywriter, is a poet who has published two books of poems, “Nymph of MTV,” and “else it was purely girls.” Suarez’s “Nymph” won awards from the Carlos Palanca and Maningning Miclat Foundations.  It also won the National Book Award from the Manila Critics Circle, and the first Bridges of Struga International Poetry Prize from UNESCO and the Republic of Macedonia.   SFM