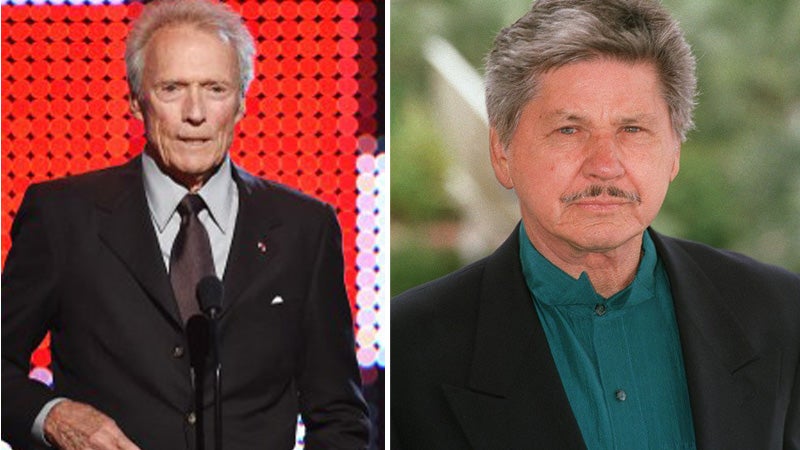 IF YOU FIND the Duterte administration’s war on drugs ruthless, blame Clint Eastwood and Charles Bronson.

Amid the public outcry over the unbridled killings, President Duterte has offered a thespic explanation for the deaths of drug users and pushers in vigilante attacks and police operations.

“If I were a policeman and you killed my son, could I measure (my) anger by just (ending) about 200 lives? Even the Americans taught us it’s good. Charles Bronson. (Was that in) ‘Death Wish?’” the President said at his early morning news briefing in Davao City last Sunday.

“What was the movie about? He was a cop. He was a vigilante just like Clint Eastwood,” he added. “They are the mirrors of life. They mirror the lives of everybody.”

Eastwood, an 86-year-old American actor-director, rose to stardom in the 1970s with his box-office hit “Dirty Harry” series as the maverick, albeit brutal, homicide investigator Harry Callahan.

While he was also known by his moniker “Duterte Harry,” the President maintained that his ways in dealing with criminality was far different from that of Eastwood’s alter ego.

A longtime mayor of Davao City, Mr. Duterte won the support of Filipino voters on a single platform of ending criminality and illegal drugs in three to six months.

Since he was sworn in as the country’s 16th President on June 30, about 1,500 suspected drug pushers and addicts have been killed by policemen and unidentified gunmen. Many of the deaths were said to be summary killings.

“I do not believe (in) the crusading justice. It’s far different,” the President said. “He (Dirty Harry) has his own duty… Mine is larger. I have to protect a country.”

“He is simply appalled and he has pity for the fellow Americans who died needlessly in the hands of (criminals). They are law-abiding citizens. They do not carry (guns) because they obey the law and yet they are waylaid. They are killed for nothing,” he said.

While Hollywood films were just work of fiction, Mr. Duterte said “what is true there, is true here.”

“The mirror of life is portrayed before us. That’s what I’m saying,” he said. “(But just what) I’ve been telling everybody, you cannot build a nation over the bones of your citizens.”

The sharp-tongued President said there was nothing wrong with issuing shoot-to-kill orders, pointing out that American cowboys actually “invented” the concept.

“What’s wrong with giving orders to shoot-to-kill? I cannot give the order to ‘shoot but be sure that (the criminal) is alive,’” said the President, admitting that he had given the order to his subordinates when he was a mayor.

Chuckling, he added: “(It’s) crazy. The policemen would just say, ‘I’d rather shoot you mayor for giving us stupid instruction.’”

He said the concept of “wanted, dead or alive” was not introduced by Philippine authorities, but by “the cowboy marshals of the United States.”

“When we copied it, we are bad. But they are good. They never made an apology for teaching us the words ‘shoot-to-kill’ and ‘reward.’ We got it from the movies and they sometimes use it against terrorists,” the President said.

“We only follow the Americans, but now we are the evil ones. (If) the Americans use it, why can’t I use it? They taught us English to understand words so I understand it to be this way.”