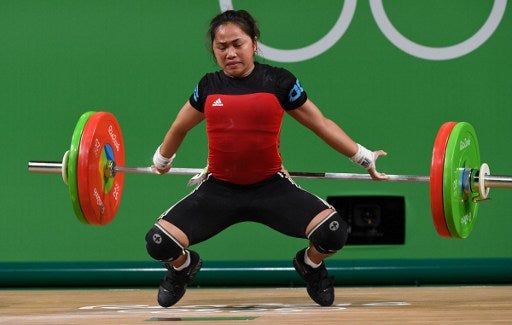 The House of Representatives is set to commend Filipino Olympian Hidilyn Diaz by giving her an incentive sourced from the representatives’ salaries.

In a press briefing on Thursday, Zamboanga City Rep. Celso Lobregat said he has talked to Speaker Pantaleon Alvarez if he could ask district and party-list representatives to voluntarily offer a portion of their salaries as incentive for Diaz.

Lobregat said arrangements are underway to invite Diaz next week Wednesday during the plenary session for the House to commend her for winning the silver medal in the 53-kilogram weightlifting competition at the 2016 Rio Olympics.

“We’re arranging maybe Hidilyn will go to Congress maybe on Wednesday…  Ang (The) recommendation right now, maybe each congressman (would) voluntarily have a salary deduction, depending on how much they want (to give as incentive for Hidilyn),” said Lobregat, representing Diaz’s hometown Zamboanga City.

Lobregat said at least 145 representatives have expressed willingness to donate an incentive to the Olympian. He said the House could generate at least P1-million incentive for Diaz.

“It’s not the amount, it’s the gesture,” Lobregat said.

For his part, PBA Rep. Mark Sambar, representing the sports sector, said he hoped Diaz’s victory could inspire other local government units to give priority to the training of their athletes.

“It’s a very good stepping stone… It’s very good to see that we are having success in the Olympics. Sana (I hope) we can carry over her success to the national government, to the LGUs, that we have to support these kinds of programs,” Sambar said in the press briefing.

Diaz is the first Filipino to win an Olympic medal since boxer Onyok Velasco won a silver in the 1996 Atlanta Games.

Diaz has also visited the Senate to receive the commendation for her podium finish. RAM/rga