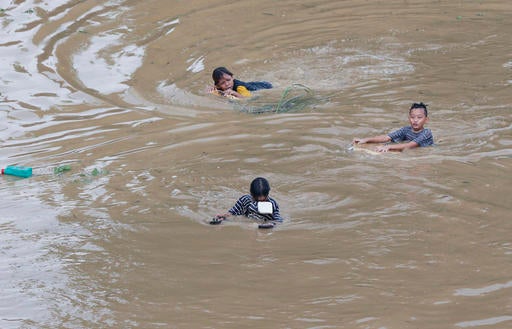 Deaths from the monsoon rains that started last week have increased to 14, the National Disaster Risk Reduction and Management Council (NDRRMC) said.

In a report on Wednesday night, the NDRRMC said the additional unidentified fatality was previously reported missing in Palawan.

“The victim went fishing despite unfavorable weather and sea condition in Barangay (village) Calasaguen in Brooke’s Point on August 13,” the NDRRMC said.

The rains, which were caused by the southwest monsoon (habagat) also left eight persons missing while the number of wounded persons stood at six.

The NDRRMC also reported that 24 roads have not been passable in the provinces of Abra, Benguet, Ifugao, Kalinga and La Union.

While the southwest monsoon continued to prevail in Northern and Central Luzon, the weather has improved in most parts of Luzon as of Thursday. IDL/rga