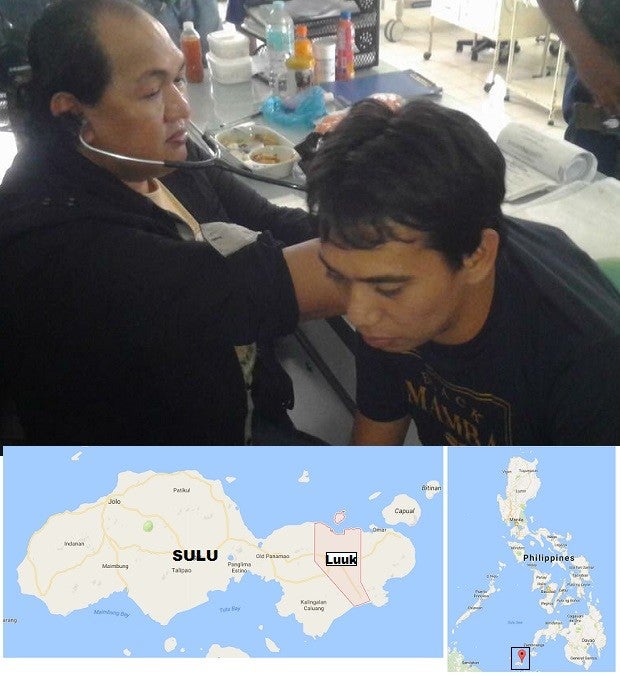 Indonesian Mohammad Safyan (above, right) is examined by Dr. Raden Ikbala after he escaped his Abu Sayyaf captors on Wednesday. Safyan fled when he was taken by the bandits to a mangrove area in Luuk, Sulu, (map) where his captors reportedly threatened to behead him. JULIE ALIPALA / GOOGLE MAP

An Indonesian captive of the Abu Sayyaf escaped in Sulu on Wednesday, the military said.

Safyan and six other crew men of the tugboat Charles were abducted at sea near the Philippine border last June 23.

The Indonesian was immediately brought by the residents to the Luuk police station.

Tan said field reports indicated that Safyan, 28, escaped from his captors at a mangrove area in Barangays Bual and Bato-Itum, both in Luuk, after his captors said that they would behead him.

Safyan was caught in a fishnet while floating offshore when spotted by locals, Tan said.

He will be brought to the Sulu provincial police office for processing and documentation before his eventual turnover to his family, the military officer added.