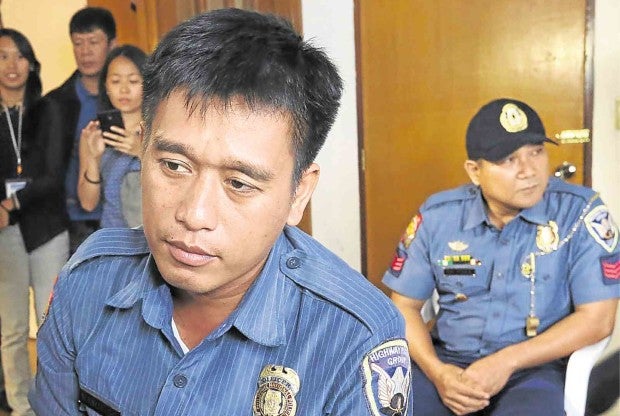 The Department of Justice (DOJ) on Tuesday gave two members of the Philippine National Police Highway Patrol Group (PNP-HPG) up to Aug. 26 to respond to the case filed against them for the death of motorcyclist John Dela Riarte last July 29.

Police Officer2 Jonjie Manon-og and Police Officer3 Jeremiah de Villa appeared before the DOJ for the first hearing on the complaint for murder, torture and robbery filed by Robert Dela Riarte, the victim’s brother.

Investigating Assistant State Prosecutor George Yarte Jr. granted the request of the two police officers for an extension to submit their response to the complaint.

Also during the preliminary investigation, the National Bureau of Investigation (NBI) submitted its findings on the death of Dela Riarte and turned over the personal belongings of the victim recovered from the crime scene.

READ: HPG, NBI give conflicting reports on death of motorcyclist

What is consistent, however, is that the gunshot wounds sustained by the victim was in the chest, abdomen and right thigh.

Apart from murder and torture, the respondents were also slapped with a robbery charge after it was found in investigation that the victim was carrying over P33,000 in cash during the incident.

Dela Riarte was arrested last July 29 after he figured in a road altercation with another motorist, Eric Fajardo. He was handcuffed and supposed to be taken to Camp Crame but was shot along the way. RAM/rga