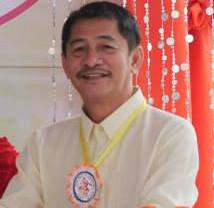 NORZAGARAY, Bulacan — Vice Mayor Geronimo Cristobal has replaced Mayor Alfredo Germar, who was ordered dismissed from service by the Office of the Ombudsman for grave misconduct when he hired consultants for the mayor’s office without the approval of the municipal council in 2013.

The dismissal order enforced the Ombudsman’s decision, which was issued in 2015, but which Germar challenged in court enabling him to run and win the May 9 elections.

Germar has not issued a statement as of this posting.  SFM