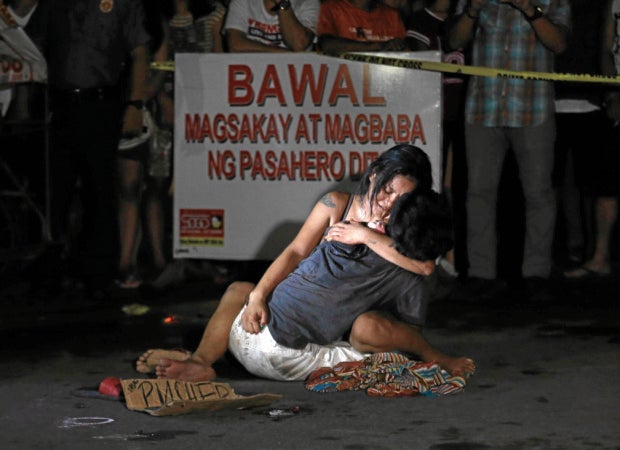 SAMSUDIN Dimaukom, the mayor of a southern Philippines town, was watching television one Sunday after midnight when he was startled to hear the country’s new President call out his name.

It was no honor. President Duterte was reading a list of more than 150 officials he said were involved in the illegal drug trade. He ordered Dimaukom and the others to turn themselves in within 24 hours or be hunted down.

“We were really surprised when the President came out to announce it,” Dimaukom, mayor of Datu Saudi Ampatuan, said by e-mail. “Not once were we involved in drugs. In fact, we were fighting drugs. I support the President’s drug war.”

Since he took office six weeks ago, Mr. Duterte, 71, has roiled the nation with a violent war on drugs that has left hundreds dead, most of them poor and powerless.

Last week, in what seemed a new phase, he took on judges and police generals, military officials, more than 50 mayors and local officials, and three men said to be current or former members of Congress. He stripped them of their weapons permits and, in some cases, their government security details, potentially leaving them vulnerable to vigilantes.

The escalation provoked a clash with the Supreme Court, nearly causing a constitutional crisis before Mr. Duterte backed down, and it has raised questions about the list.

“How are the lists being prepared?” said Sen. Leila de Lima, a former justice secretary and former chair of the Commission on Human Rights. “Who are the sources? If they have evidence, they should file charges, and that’s the only time they should disclose the name.”

If anything, the campaign has made the President only more popular. His approval rating soared to 91 percent in July, according to a Pulse Asia survey, far higher than the 39 percent of the vote he received on election day last May. Even some people killed by vigilantes were wearing red-and-blue “Duterte” wristbands when they were gunned down.

“He’s doing what he promised,” said Ramon Casiple, executive director of the Institute for Political and Electoral Reform. “He’s not surprising anybody. People like him because he’s an action man.”

Duterte, a combative former city mayor and prosecutor, has repeatedly called for the killing of drug dealers, and an estimated 900 people have died at the hands of police or vigilantes since his election, officials say.

Many were gunned down in the street and left with a cardboard sign identifying them as drug pushers, killings that have become known as “cardboard justice.”

More than 600,000 drug users and dealers, fearing for their lives, have turned themselves in, authorities say. Most were sent home after giving the police a statement and are likely to face investigation later.

Last week, Chief Justice Maria Lourdes Sereno challenged the President over the seven judges on his list, telling them not to submit to arrest without a warrant. The Supreme Court also announced it would investigate any allegations of the judges’ connection to the drug trade.

Duterte angrily warned her not to interfere with his campaign to bring an end to what he calls the “pandemic” drug problem in the Philippines.

And he warned her not to create a crisis “because I will order everybody in the executive branch not to honor you.”

“Please, don’t order me,” he said. “I’m not a fool. If this continues, you’re trying to stop me, I might lose my cool. Or would you rather I declare martial law?”

But on Thursday, Duterte apologized, saying he never intended his “harsh words.” He said he was moved by “the magnitude” of the drug problem.

Questions, however, were being raised about the list of names that Duterte had read on national television and the death threats it carried.

Critics pointed to flaws in the list and questioned whether it had been properly vetted. Sereno said only four of the seven judges were still on the bench. One of them died in 2008; another was dismissed in 2007.

Jeffrey Celis, listed as a congressman, never served in the body, according to the local news media.

Many of the officials quickly denied any involvement in the illegal drug trade. Some volunteered to take drug tests. One vice mayor said he was the victim of mistaken identity—it was probably his brother the police were after.

Duterte acknowledged some names might be on the list by mistake. He said he would take responsibility for anyone wrongly accused./rga