Bangsamoro law will be in sync with federal gov’t–Dureza 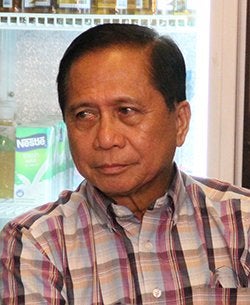 The Philippine government on Saturday reiterated its full commitment to all peace talks as the administration of President Rodrigo Duterte and the Moro Islamic Liberation Front launched the implementing stage of the Comprehensive Agreement on the Bangsamoro in Malaysia.

Presidential peace adviser Jesus Dureza vowed that the Bangsamoro enabling law would be in harmony with the proposed shift to a federal form of government.

“The Philippine government has come here in full force to demonstrate how serious we are in implementing all the peace agreements we have signed so far,” Dureza said in a statement.

“By being present on day one, we are assured that the executive and the legislative branches are both on the same page as we implement our peace agreements,” he added.

Recognizing the presence of House Speaker Pantaleon Alvarez and Majority Leader Rodolfo Fariñas, Dureza said the Congress, as a “strong partner for peace,” would ensure a swift enactment of the Bangsamoro enabling law.

Dureza said the new Bangsamoro entity can serve as a model for the federal state.

Dureza also noted the presence of Cabinet members and other government officials in the launch as a sign of “how committed this administration is to implement all government programs using the peace lens so peace dividends can be felt on the ground immediately.”

Dureza said President Duterte gave the panel a “clear directive” to start the crucial implementing phase and to do “what can be done now while we are crafting a more inclusive enabling law.”

“He (Duterte) also emphasized how it is important to make this implementing stage primarily an all-Filipino process consistent with the principles of self-determination and autonomy,” Dureza said.