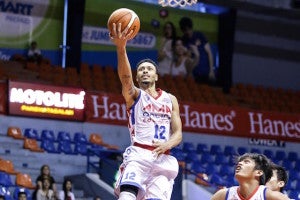 MANILA — An import player of the Philippine Basketball Association (PBA) D-League was taken into custody after he groped a woman inside a luxury club in Bonifacio Global City (BGC) early Thursday.

A complaint for acts of lasciviousness was filed against Filipino-American Rashawn McCarthy, 25, a player of the AMA Online Education, Chief Insp. Arnel Amador, the Taguig City police spokesperson, said.

The complainant, a 25-year-old pilot, said McCarthy touched her private parts as she walked past him on the way to her reserved table in Revel at the Palace in BGC, Fort Bonifacio.

The woman called the bouncer’s attention and McCarthy was apprehended by members of the Taguig City police community precinct 7.  SFM/rga