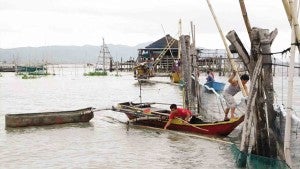 LOS BAÑOS, Laguna — Industries violating environmental laws make up the next target of the Laguna Lake Development Authority (LLDA) as it steps up its drive to rehabilitate Laguna Lake.

On Thursday, the LLDA shut down Azzion Recycling Solutions Inc., a recycling and waste treatment facility inside the Golden Mile industrial park in Carmona town in Cavite province.

Nereus Acosta, LLDA general manager, issued the cease and desist order (CDO) against the company found to be discharging wastes into the Carmona River, a tributary of Laguna Lake.

In a telephone interview, Maureen Tolentino, LLDA information officer, said two teams from the agency monitored the company on Aug. 2 and witnessed the company’s personnel disposing wastewater through its drainage system.

“We have also received complaints from residents across the Carmona River about an obnoxious smell coming from the company [premises]. Some of residents claimed falling ill,” Tolentino said.

The company specializes in the treatment of hazardous wastes, chemicals and computer scrap. It was registered in the Securities and Exchange Commission in 2010 and was accredited to transport and treat hazardous wastes by the Department of Environment and Natural Resources, according to its website.

The Philippine Daily Inquirer tried to seek comments on Thursday, from the company through the mobile phone listed on its website but calls were left unanswered. 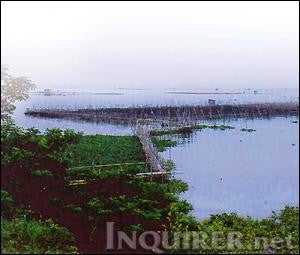 Companies located around the lake and its tributaries are now the targets of the LLDA, after the agency on Tuesday began demolishing illegal fish pens and other structures there.

On July 15, the LLDA also issued a CDO against a privately run dump in Rizal province. It also shut down a dump operated by the local government of Angono town in Rizal, after it was found dumping wastes on the lake’s shore.

Environment Secretary Gina Lopez recently said she planned to rehabilitate the 90,000-hectare inland body and turn it into an ecotourism zone, based on the instructions from President Duterte.
“If you want the [condition of the] lake addressed, you should also look at the tributaries too,” Tolentino said.

She said about 3,000 lakeshore industries operate in the provinces of Laguna and Rizal, and Metro Manila. These companies are required to seek a clearance to operate from the LLDA.  SFM