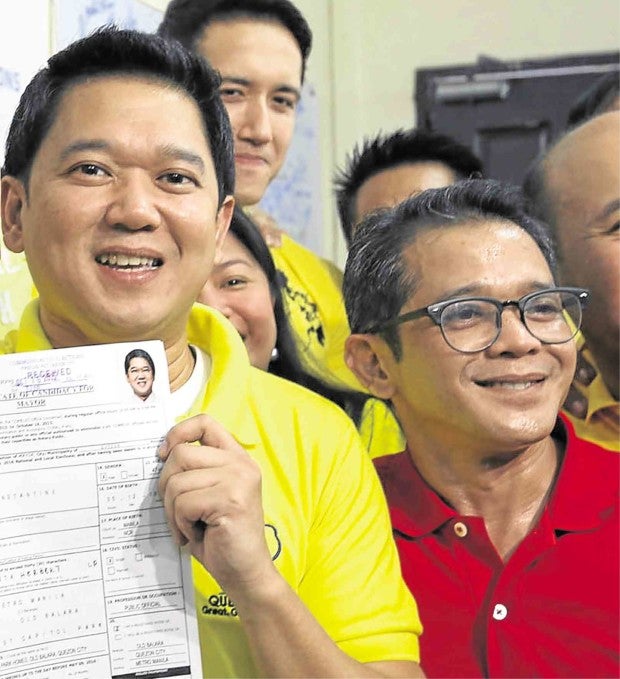 In a closed-door meeting with department heads on Wednesday, an “emotional” Quezon City Mayor Herbert Bautista admitted that his brother, Hero, was the councilor who tested positive for marijuana and “shabu” (methamphetamine hydrochloride).

Sources present in the meeting told the Inquirer on Thursday that Bautista’s voice “cracked” when he made the announcement, ending days of speculation on who among the 36 city councilors came up positive in voluntary drug tests conducted at city hall last week.

It remained unclear what sanctions would be imposed on Hero, who was elected councilor of the fourth district in the May polls.

One of the sources, who spoke on condition of anonymity for lack of authority to speak on the matter, said Bautista vowed to have his brother undergo “drug and spiritual counseling.”

Another added that the mayor had said he would not use his influence to get Hero out of his predicament.

The Inquirer tried to reach Bautista for comment but was told by his staff that he would not speak on the matter for now.

Hero’s staff, on the other hand, said the councilor would deliver a privilege speech before the city council to air his side on Monday.

Earlier this week, Bautista told reporters who were pressing him on the councilor’s identity that he had yet to see the official report on the drug tests.

“I really don’t know [who the councilor is],” he said, stressing that the person concerned should voluntarily undergo rehabilitation.

“If he’s my sibling, he should be rehabilitated,” he added, prompting reporters to ask why he had to mention his brother.

Bautista replied: “He has just been elected councilor. Maybe it’s him, we do not know.”

Vice Mayor Joy Belmonte, who announced last week that one of the councilors’ confirmatory drug test results had come back positive, said that Bautista already knew who it was as early as Thursday last week.

She added that it was up to him to decide what sanction he would impose on the official whom they tagged a “victim” of the drug menace.

Under Quezon City’s drug-free workplace ordinance, those who test positive for drugs will be required to undergo “guidance counseling” (for occasional users) and a “mandatory six-month treatment and rehabilitation program” in a government-run facility (for chronic users).

It was unclear if this would mean Hero’s suspension or dismissal.

Sought for comment, Senior Supt. Guillermo Eleazar, the Quezon City Police District director, said that if it was indeed Hero who had tested positive, they would leave it up to the City Anti-Drug Abuse Council to deal with him based on civil service regulations, pointing out that they did not consider him a drug suspect. TVJ