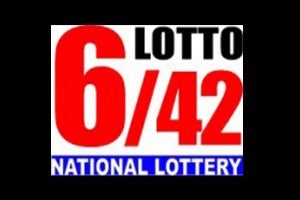 MANILA — Now, he can finally quit and come back home for good.

After working as a construction worker in Saudi Arabia for 10 years, a consistent lotto bettor won the jackpot prize in the Lotto 6/42 draw last August 4.

The 33-year-old lone winner, won the P111,998,556.00, after betting for nine straight years, mostly through the help of his wife when he was overseas.

Last August 4, however, the worker, on leave from his work in Saudi Arabia, personally placed a P20 bet at a lotto ticket booth in Cavite, while he was on vacation, and won.

Claiming his prize at the Philippine Charity Sweepstakes Office in Mandaluyong City on Monday, the lucky winner said he has decided to quit his work in Saudi Arabia and open a business here in the Philippines to focus on his wife and son.

He vowed to set aside money as savings for his child’s future.

“It was really hard working as an overseas Filipino worker, especially as a contractual worker in a construction firm,” he told PCSO Vice chair and General Manager Jose Ferdinand Rojas II.

He was still deciding on what kind of business to put up, said Rojas. “But it looks like, he will never go back abroad,” he added.