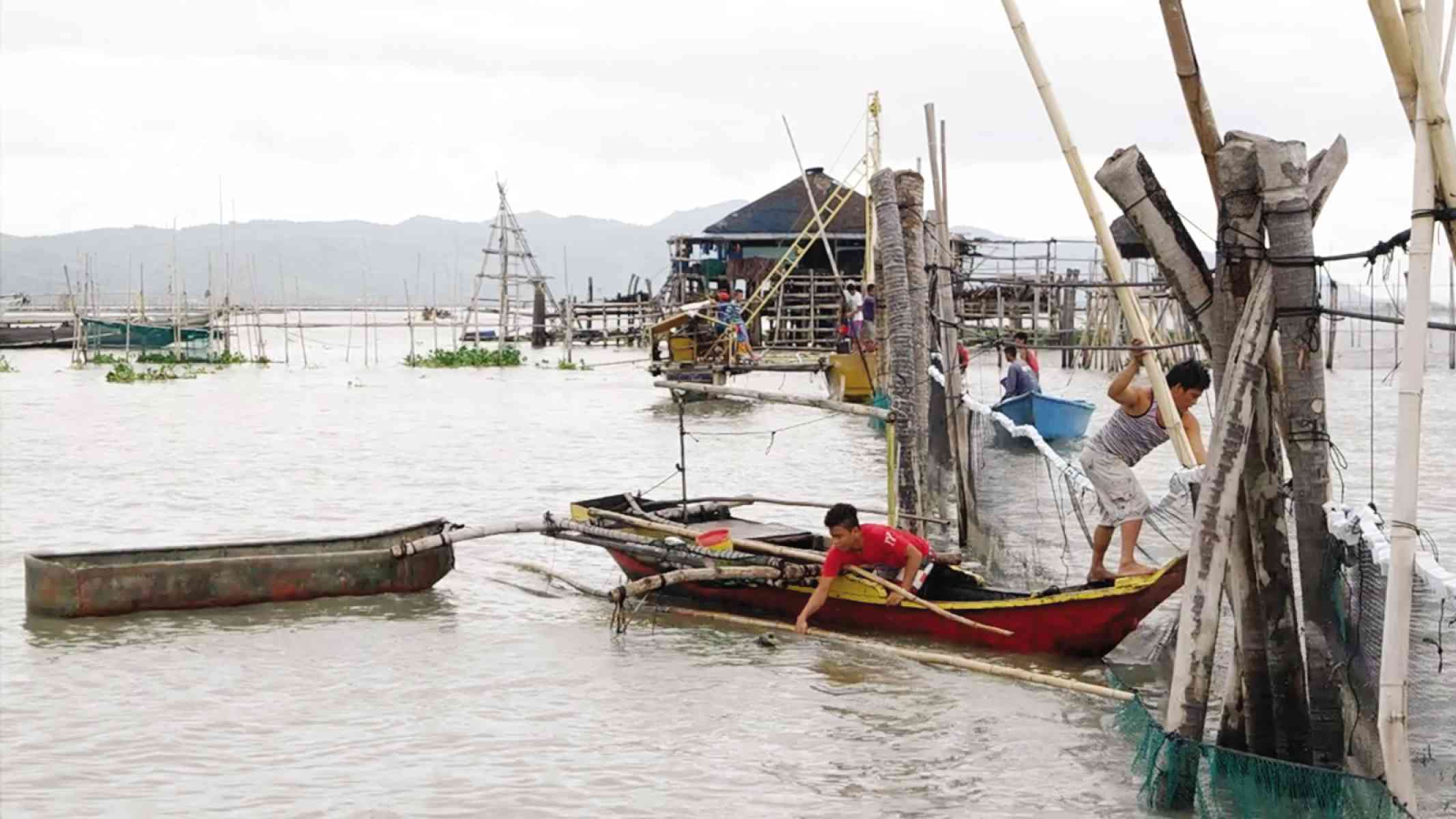 SAN PABLO CITY―Two fish pens, occupying about 100 hectares in the Laguna Lake, were demolished early Tuesday as part of the government’s effort to ease the overly congested water body covering parts of Laguna and Rizal provinces and Metro Manila.

The pens, each occupying about 50 ha, are owned by Seven Eleven Fishing Corp. According to records of the Laguna Lake Development Authority (LLDA), the pens went through several changes of ownership over the years without proper documentation with the agency.

“If this were a bank, this [is a case] of bad loan,” LLDA general manager Nereus Acosta said.

Acosta, who led the demolition in an area near Binangonan town in Rizal province, said the agency was carrying out orders from President Duterte to clear the lake of illegal structures.

He said two operations that dismantled illegal fish pens in the lake were undertaken by the LLDA before the President delivered his State of the Nation Address on July 2 and mentioned his administration’s plan to rehabilitate Laguna Lake.

Lopez recently said she planned to remove the fish pens and transform the 90,000-ha lake, the largest inland water body in the Philippines, into an ecotourism zone.

In a telephone interview, Acosta said the LLDA would demolish illegal structures weekly, depending on the weather condition.

The lake’s current carrying capacity allows up to only 9,000 ha for aquaculture, but fish pens and cages are occupying 12,315.80 ha of the surface water.

There are currently 358 legitimate operators of fish pens and cages on the LLDA list, which shows a mix of corporations and individual owners.

Acosta said illegal and delinquent fish-pen owners were given a 48-hour notice and encouraged to carry out “self-demolition.”

The Association of Laguna Lake Fish Producers and Fisherfolks Inc., a group of fish-pen owners, said that while it supported the government’s effort to clean the lake, the

LLDA was also at fault for failing to police the illegal structures and encroachments.

Acosta, in an earlier interview, said the LLDA did not have the “policing facilities” to cover the entire lake area.