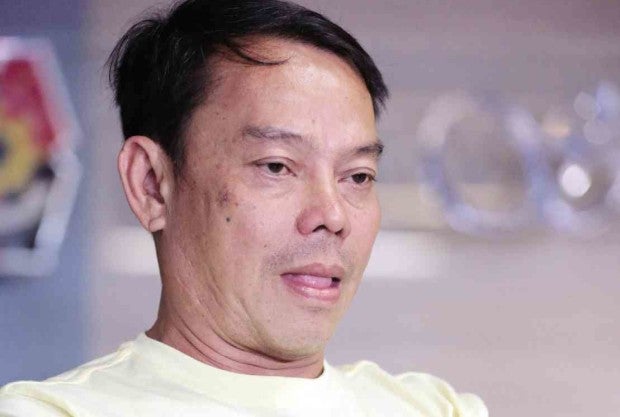 CITY―From the White House to the suite room of a private hospital.

He has been in a hospital here since Saturday after complaining of chest pain, Yogi Filemon Ruiz, regional director of the Philippine Drug Enforcement Agency (PDEA) in Central Visayas, told reporters.

Espinosa was among the local and police officials named by President Duterte as alleged protectors of illegal drugs. His son, Kerwin, was tagged by police the biggest drug lord in Eastern Visayas.

Ruiz did not disclose the mayor’s hospital, but radio station dyAB said Espinosa was in a suite room of a private hospital where security was tight. His family wanted him monitored because he was said to be suffering from diabetes and hypertension.

On Aug. 2, Espinosa showed up at PNP’s main headquarters at Camp Crame in Quezon City and surrendered to Dela Rosa, beating a 24-hour deadline set by the President for him and his 36-year-old son to surrender or shoot-on-sight orders would be issued against them.

The mayor denied protecting his son and tearfully pleaded for Kerwin to surrender. He left Camp Crame at 7:30 a.m. on Saturday.

In its official statement, the PNP said Espinosa left on “a PAL flight going to Leyte.” He did not return to Albuera and instead, flew to Cebu City where his family was originally from.

Based on the flight radar application of the airport, the mayor and Mariel Espinosa were on board the flight from Manila. Reporters waiting at the airport’s arrival area on Saturday didn’t see him. Instead, his brother Ramon and wife Emma, and two teenage kids appeared and were escorted by AVEU members.

Before getting into the taxi, Emma told reporters that they were not afraid of getting killed. “God is with us. Jesus is with us,” she said.

Emma, who resides in the family’s ancestral house in Barangay Hipodromo here, had earlier appealed to authorities to spare them because they did not know the whereabouts of Kerwin.

Ruiz said there was nothing irregular if the AVEU escorted the family from the airport. “He is not charged with any crimes. They (security personnel) might have also considered that the lives of the family were at risk,” he said.

He said no PDEA personnel were assigned to guard Espinosa at the hospital because the mayor was not considered under arrest.