Chief Justice Maria Lourdes Sereno has penned a letter to President Rodrigo Duterte after the latter named more than 150 personalities, including seven judges, for their alleged links to illegal drugs trade.

In the said letter, Sereno said that of the seven judges named by the President, one has been dismissed due to gross ignorance of the law (Judge Lorenda Mupas), one was killed (Judge Roberto Navidad), another  retired in June 2016 (Judge Rene Gonzales) while three others do not try drugs cases (Judges Exequil Dagala, Adriano Savillo and Judge Domingo Casiple).

Only Judge Antonio Reyes of RTC Branch 61 in Baguio City presides over the designated drugs court.

Sereno said that while the judiciary backs Duterte in his fight against drugs, naming judges as a drug coddler renders them “veritably useless in discharging his adjudicative role.”

“Mr. President, a premature announcement of an informal investigation on allegations of involvement with the drug trade will have the unwarranted effect of rendering the judge veritably useless in discharging his adjudicative role. Thus this Court has been careful, all too aware that more often than not, a good reputation is the primary badge of credibility and the only legacy that many of our judges can leave behind,” Sereno said.

She also lamented that with the announcement, judges might be considered as “collateral damage” in Duterte’s war on drugs. AJH/RAM/rga 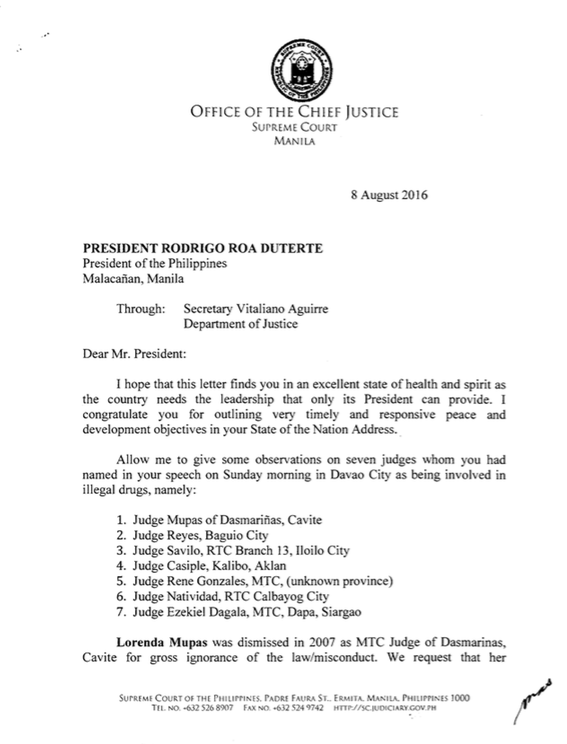 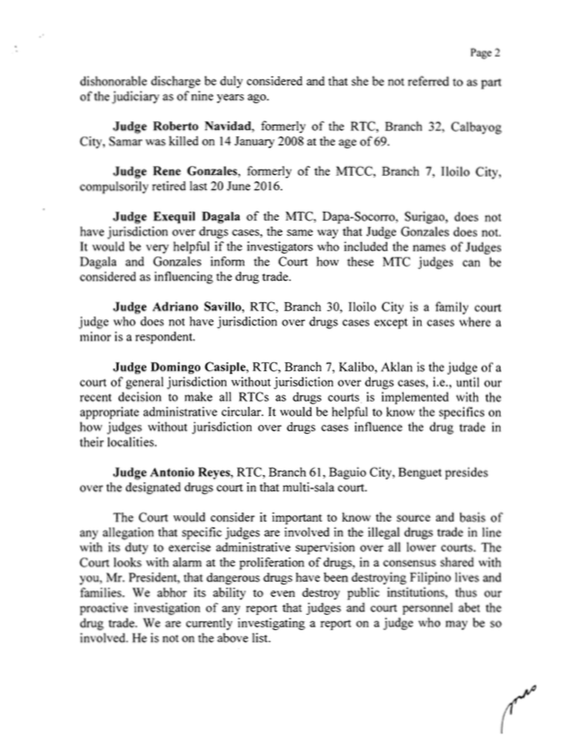 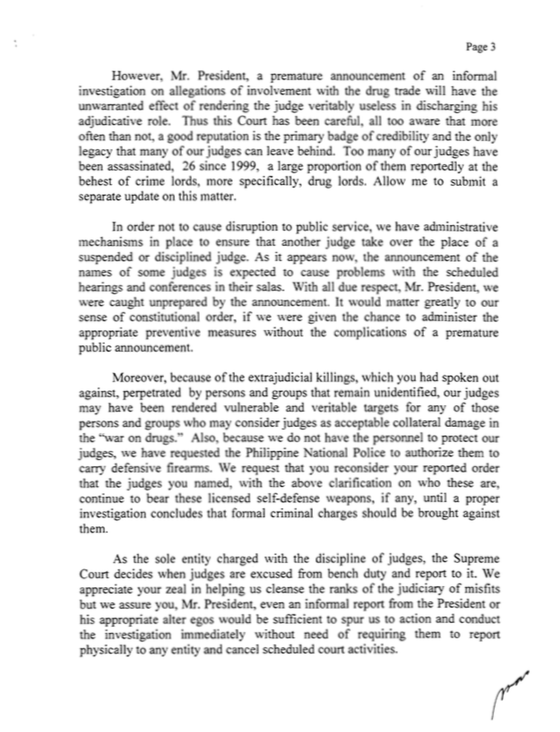 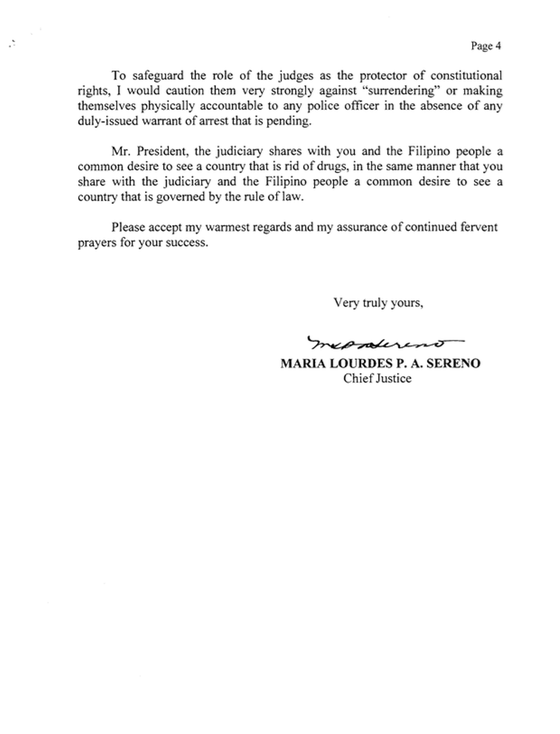