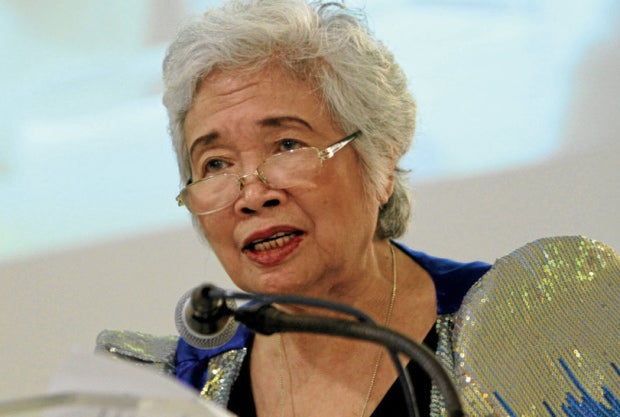 THE SEX education curriculum will be taught not only as part of science but based on human rights principles, according to Education Secretary Leonor Briones.

Briones during a recent press briefing identified among the Department of Education’s priorities the strengthening of the gender and equity components of the school curricula, especially in relation to sex education.

She raised the need to enrich sex education in school by introducing the “human rights component” which would allow young girls who get pregnant “under very unusual circumstances” to return to school.

“In public schools, it may not be a policy to kick out students but there are schools that automatically kick out girls who get pregnant, which destroys their lives,” Briones said.

“This is where the enrichment comes in, the treatment [of students who get pregnant] who have the right to go back to school [and] to be treated humanely. After all, this thing is not a do-it-yourself job of one girl. It’s a partnership enterprise,” she said.

“You can teach all the mechanisms and so on and so forth. But how do you treat a child who gets pregnant? It’s more in understanding, it’s more in helping these children rebuild their lives with the support of their families,” she said.

From the rounds she had earlier made of various schools as a convenor of Social Watch Philippines, Briones observed that fewer girls made it to Grade 6 because many parents married them off at a young age, which she said contributed to the high incidence of teenage pregnancy in the country.

Citing the 2013 Functional Literacy, Education and Mass Media Survey, Briones’ chief of staff Nepomuceno Malaluan said 22.9 percent of the four million out-of-school children and youth drop out to get married.

The survey also showed that nonattendance in school was “disproportionately higher” among girls at 36.2 percent than boys at 1.7 percent. “This is highly correlated with sex education and teenage pregnancy,” Malaluan said.