newsinfo / Nation
Nation
AFTER BEING GIVEN 24-HOUR ULTIMATUM 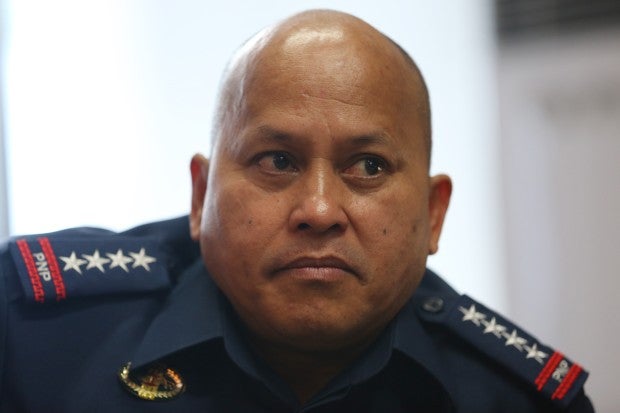 COTABATO CITY, Philippines — Eight Maguindanao local officials have promptly complied with a presidential ultimatum for them and other officials to surrender within 24 hours to Philippine National Police Director General Ronald dela Rosa.

Police sources said seven officials flew this morning to Manila along with police officers directed to escort them to surrender to De la Rosa in Camp Crame.

Mayor Rasol Sangki of Ampatuan town, the eighth Maguindanao local official named by  President Rodrigo Duterte as allegedly involved in illegal drugs trade, was spotted by TV camera in Dela Rosa’s office as he presented local officials who surrendered the night before the Chief Executive’s expose.

Duterte warns those on drugs list: Give up or face manhunt

Read Next
‘Narco-congressman’ named by Duterte never a legislator
EDITORS' PICK
Legarda emphasizes role of ICC/IPs in nation building this IP month
USAID Opportunity 2.0 calls for applicants for grants for out-of-school youth engagement
Pharmally scandal: When middlemen profit even during a pandemic
DOTr to defend proposal to increase passenger capacity in public transport
Work-From-Home is here to stay and requires reliable logistics
The crisis within: Suicides rise as COVID takes its toll on lives, livelihood
MOST READ
Bongbong says PH should modernize infrastructure to become Asia’s next logistics hub
PDP-Laban’s Cusi wing inks coalition deal with Reform Party
Isko to critics after remarks vs Robredo: I’m sorry, this isn’t about Mr. Congeniality
Pharmally scandal: When middlemen profit even during a pandemic
Don't miss out on the latest news and information.