Ex-gov: No truth to reclamation yarn 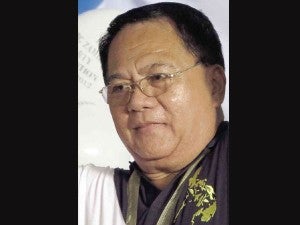 IBA, Zambales—Figments of the imagination.

This was how former Zambales Gov. Hermogenes Ebdane Jr. on Wednesday branded reports that China had been using soil and boulders extracted from Zambales mountains for its reclamation projects in the disputed West Philippine Sea.

Ebdane’s successor, Gov. Amor Deloso, had informed Environment Secretary Gina Lopez that massive boulders and mountain soil from several Zambales towns were hauled to sea to form part of a 3,500-hectare Chinese reclamation area that is supposedly rising near the Scarborough Shoal.

The report has reached President Duterte, who ordered an investigation.

“There’s no use [for] such [a] foolish investigation. These [mountains] are owned by the government. These are not alienable and disposable. Nothing was sold to China,” Ebdane said.

He was referring to mining sites in Sta. Cruz town where several companies were extracting nickel ore.

Ebdane said soil extraction from the mountains was allowed by the Department of Environment and Natural Resources, which issued hauling permits to trucks that transported mountain soil from the mine sites.

Ebdane, who served as public works secretary during the administration of President Gloria Macapagal-Arroyo, also said he believed there were no reclamation activities by China near the Scarborough Shoal.