THE LINDSAY Bridge of the Panay Railways Inc. before the rail company ceased operations in the 1980sNESTOR P. BURGOS JR/INQUIRER VISAYAS

When President Duterte announced his plan to revive the railway system on Panay Island and put up Cebu’s transit system in his State of the Nation Address on July 25, no details were given. But the mere mention was enough to thrill local officials in the two islands.

Mr. Duterte’s speech seemed like the light at the end of the tunnel for the multibillion-peso railway project on Panay Island, which, Miraflores said, would hasten development of the island composed of Iloilo, Antique, Capiz and Aklan provinces.

In 2010, the Regional Development Council endorsed the railway system. But due to its high cost, the project failed to get the support of then President Benigno Aquino III and then Interior Secretary Mar Roxas.

The first phase alone, covering Iloilo City (Iloilo) to Roxas City (Capiz), was estimated to cost P16 billion. There was no estimate for the second phase, which would connect Roxas to Barangay Caticlan in Malay town, Aklan province, the jump-off point to the world-famous resort island of Boracay.

Several investors from Malaysia, Singapore, Korea and China have already expressed interest in the project, according to Cesar Capellan, director and treasurer of Panay Railways Inc., a state-run corporation. “They were waiting for the new administration so we can go into the details,” he told the Inquirer.

The project’s viability is backed by projections on the number of passengers and cargo volume, and it is supported overwhelmingly by businessmen and top gov- ernment officials on Panay Island.

“We have been waiting for this,” Iloilo Mayor Jed Patrick Mabilog said. “This will address the clamor for interconnectedness and a faster travel system between provinces in Panay.” 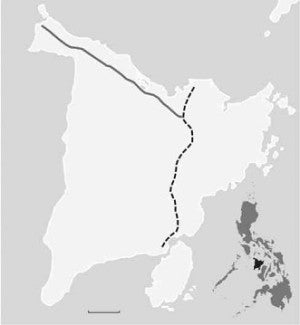 Capiz Gov. Antonio del Rosario, a Roxas ally, saw no need for a railway in his province, however. He considered urgent instead the Panay River Basin Project, a mega dam facility which, he said in a text message, “would be the solution to the flooding of rice lands that damaged the livelihood of our farmers.”

Under the railway proposal, a central train station would be built in Sta. Barbara town in Iloilo near the Iloilo International Airport in Cabatuan town. It would be connected to Iloilo City and directly routed to the south through a station in Miag-ao town and to the north in Estancia town.

There will be separate routes from Sta. Barbara to Roxas, and from Roxas to Caticlan, which will lead to Antique province, Mabilog said.

It would also improve the flow of goods and services and help ease traffic along national highways, Ro-Ann Bacal, regional director of the National Economic and Development Authority, had earlier said.

High cost is also stalling the plan to put up a modern mass transport system in Cebu.

Michael Dino, presidential assistant for the Visayas, said it would cost billions of pesos to build a light rail transit (LRT) system connecting Talisay, Naga and Carcar cities, and Minglanilla and San Fernando towns in the south to Danao City in the north Cebu.

According to Dino, a group of experts from Singapore came to Cebu last month to study the LRT’s viability, possible routes, right-of-way issues and pricing.

Although no time frame was set for the project completion, Dino said the Duterte administration wanted it in four to five years.

Gordon Alan Joseph, president of the Cebu Business Club, said the government should finance the civil works and let the private sector run and maintain the train system. “Otherwise, the fare may not be affordable to the public,” he said in a text message to the Inquirer.

Joseph, who is also a member of Metro Cebu Development and Coordinating Board, said the transit system was clearly a necessity and studies on it should begin immediately.

A congressional measure, House Bill No. 273, seeking to put in place a modern mass transport system in Cebu, be it in the form of an LRT, monorail or Bus Rapid Transit system, has been filed by Del Mar.

Even as Congress deliberates on granting the President emergency powers to solve the traffic mess in Metro Manila and other urban areas, Dino said proponents of the LRT system wanted to complete the study before the year ends.